The Portland Winterhawks’ record-setting home-winning streak ended Friday with a 3-2 loss to the fifth-ranked Vancouver Giants.

The Portland Winterhawks’ record-setting home-winning streak ended Friday with a 3-2 loss to the fifth-ranked Vancouver Giants.

“I’d rather not focus on the streak,” Winterhawks’ head coach Mike Johnston said. “Once we broke it…that was the exciting part. We broke the record, and now it’s just another game.”

Friday’s game was Portland’s first loss at home since Oct. 9. The Winterhawks, who went to the WHL championship last season, currently sit in third place in the WHL western conference with a record of 34-15.

As the regular season enters its last weeks, Johnston said his team is focusing in on the playoffs.

“Everything we do from now on is going to set the stage for the playoffs,” he said. “And we’ve got a two-game series here against a team that we could face in the first or second round.”

Vancouver scored early in the first period, and though Portland retaliated, the Giants were able to stay a goal up on Portland and hold on to their lead throughout the game. Portland piled pressure on the Vancouver defense, ending the game with close to twice as many shots on goal as the Giants, but couldn’t outflank Vancouver goalkeeper Adam Morrison to grab the lead.

Winterhawks’ defender Joseph Morrow said the team was disappointed after the loss.

“It’s kind of hard to describe without being inside,” he said. “But we’re the type of team that can bounce back from this.”

Morrow, a high-scoring defender, has been with the team since 2007–08. He said he came back this year to develop as a player.

“Coach has been giving me every opportunity I need,” he said. “I’m really on the same page with them this year and they respect me as much as I respect them, which is nice.”

The Winterhawks shattered their franchise record for consecutive home wins in January. The previous record was 16 wins, set during the 1993–94 season.

For now, the current team is looking to live up to last year’s high standards, and games like last Friday’s are being viewed through the lens of the playoffs.

The results from Monday’s rematch against Vancouver were unavailable as of press time. The Winterhawks will travel to Kennewick for their next game against Tri-City. They return to Portland Feb. 15. 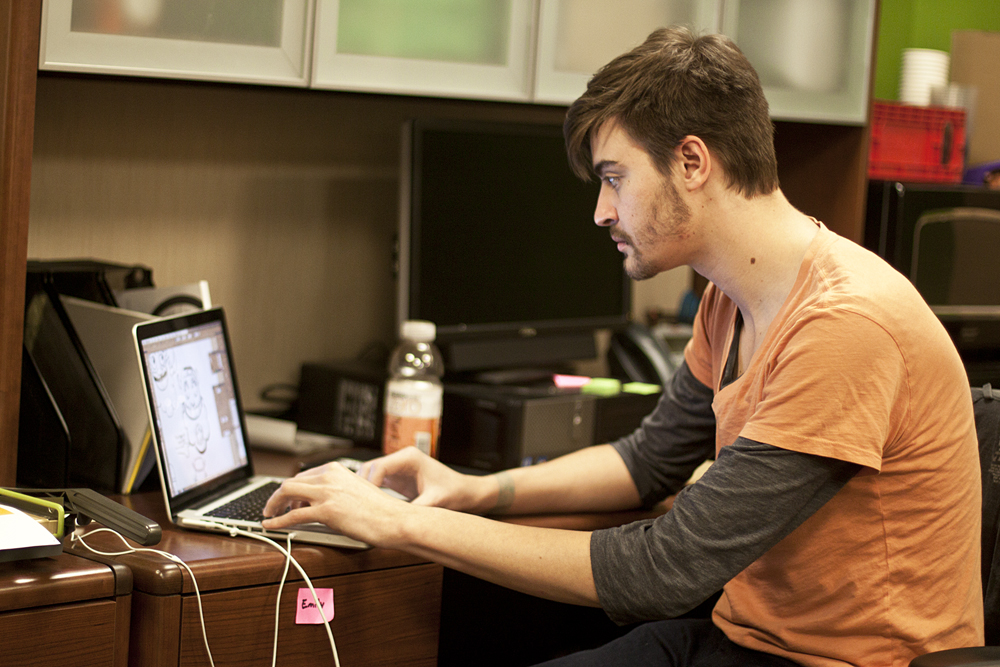