Alan Jones has a new quartet, and it is happening. Last Wednesday they played at the Blue Monk, while about twenty faithful fans sat at tables in the first few rows and listened respectfully. The group hopes the remaining six shows of their two-month stint will draw even more people. When the New Quartet played a ballad, you could hear the upstairs customers talking, but no one in the basement said a word. All were transfixed by the music. Even the staff found a little time to sit and listen.

Greg Goebel’s piano solos were full of life and color. The size of the band’s sound did not diminish when the tenor sax player, Rob Davis, laid out. Alan’s propulsive, textural drumming filled in as much space as he wanted it to. But during Andrea Neimiec’s statement of a ballad’s melody, the drums laid out completely.

So, either awash on a sea of tenor sax euphoria, or entranced by a quiet, lyrical bass solo, the audience’s attention was guided delicately through exotic climes of delicate complexity.

In the midst of the performance, Alan talked to the audience. He was barefoot, as he always is when drumming. He stood in front of the drum set with his arms turned inward and his hands clasped together about a foot in front of his sternum. In his brief oratory interlude, he discouraged a venture back outside into the rain, saying, “There’s no reason to go back out there.” The audience was happy to comply.

Next he told them that he had picked John Lewis’ tune, “Two Bass Hit” (a tune from the 1950s Miles Davis songbook) because he couldn’t play it and wanted to learn how. He followed this line with a sardonic raise of his eyebrows which drew a chuckle from the audience. His speech had been made in the wake of a fine performance of the song in question. When he unclasped his hands to sit down and play again, his posture suggested an invitation towards a warm hearth.

The New Quartet’s book is picked with a specific agenda in mind. They play challenging forms. When Alan introduced the tune “Black Comedy” (a Tony Williams song from the 1960s Miles Davis repertoire), he called it “the hardest form song in the world.”

He believes that developing a band’s ability to deal with form at a very deep level works towards two end results. The band will be capable of playing any difficult music that it encounters. Also, they will be able to approach easier material with greater freedom. Musical events in the composition (like downbeats or chord changes) will be transformed from restrictions into suggestions. And, thus, musical progress is facilitated.

Alan teaches drums at PSU, and recommends Miles Davis’ music to his students. Records of Miles’ 1960s quintet (which included the young drummer Tony Williams) inspired Alan in his youth.

This approach has been neither easy nor profitable. He said, “Now that I’m getting smarter I’m starting to use more ‘intellectual musical knowledge.'” But he feels that his use of the intellect will be “layered against a base of musical knowledge”.

On the Web site, a full page is donated to glowing praise of Alan’s musicianship. Many of the sources are Germans with impressive credentials. All of their reviews ring beautifully true. But reading about a band is irrelevant. Seeing the New Quartet live is the only way to really know what they do. 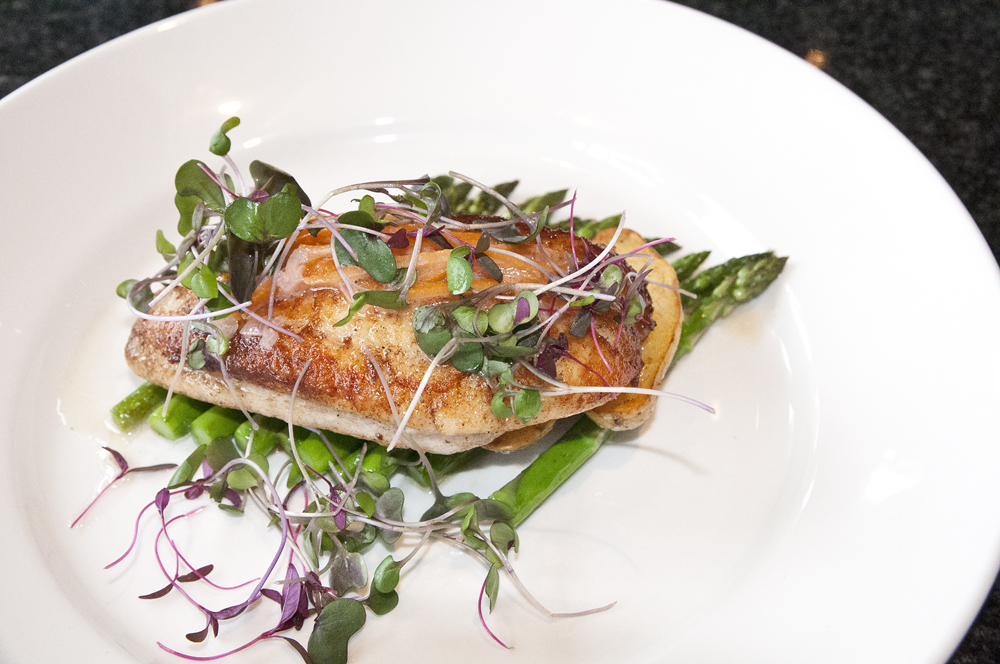