What do you eat when you’re on campus?

“What do you eat when you’re on campus?” 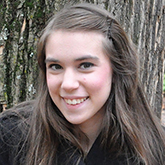 Carissa Grady, 18, a freshman biology major, usually eats a bagel from the bagel stand in Smith Memorial Student Union’s food court or a granola bar to go rather than packing a lunch. “I guess it’s quick and easy to go because I’m on the run all the time,” Grady said. “I’m not on campus very long, so usually I just go home. And there’s usually food there, so I usually just go home to eat.”

Katie Whitaker, 26, a geography junior, appreciates the vegetarian options at Food for Thought Cafe. She also enjoys the Asian Noodle House and Loco Locos Burritos on Broadway. “I’m from Texas, so I love Mexican food,” Whitaker said. “Asian is usually what I make because it reminds me of home, so it’s really comforting, and Food for Thought is really healthy and has a good atmosphere to hang out and do your homework in.” 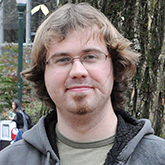 Adam Bird, 24, a junior psychology major, eats at a variety of restaurants off campus, including a Vietnamese restaurant called Thanh-Long Bakery and Restaurant. Bird mostly eats snacks, however, thanks to a tight schedule. “On those long days where I have go from class to class to class—I have math, then Spanish, then statistics, then meditation—they all add up,” Bird said. “Instead of waiting until the end and gorging myself, I just get a snack and that usually sustains me.” 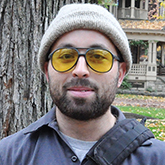 Dave Rosenberg, 23, a non-degree student, either eats protein bars or ventures to various food carts like Soup Cart. Rosenberg feels that Smith Dining Hall’s food isn’t fresh and doesn’t offer big enough portions. “The food tastes better and the portions are bigger from the food carts,” Rosenberg said. “I need a lot of food because I bike here everyday from North Portland, which is four or five miles. I need that fuel.” 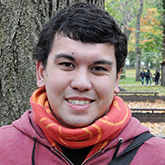 Brandon Lee, 19, an undeclared freshman, brings his own lunch, and occasionally goes to a tea bar on Broadway and Sixth Avenue. “I usually bring my own foods; I usually have a bagel sandwich and some granola bars, and keep it simple because it saves money. It’s easier to bring food instead of buying it here,” Lee said.