Do you have a deep love for both zombies and vampires? Do you long for the rise of the undead? Do you insides churn when you see 15-year-olds on Facebook debating pirates versus ninjas?

Do you have a deep love for both zombies and vampires? Do you long for the rise of the undead? Do you insides churn when you see 15-year-olds on Facebook debating pirates versus ninjas?

If so, Andrew Migliore has a lovely film-going opportunity in store for you this weekend. Behold the third annual Zompire Film Festival, running this Friday and Saturday evening at the Hollywood Theatre.

Migliore, who has run the H.P. Lovecraft Film Festival for the last 13 years (the first was held at Portland State’s Fifth Avenue Cinemas, by the way), created the festival in 2006 as a way to begin screening other films besides his beloved Lovecraft movies, those other films being made up of zombies and vampires. Hence the sweet hybrid name, “Zompire.”

Zompire’s lineup is slightly skewed toward the zombie side, with three of the five feature films being zombie flicks. The shorts block, made up of 21 short films, is also heavy on flesh eating.

Migliore seems intent on making Zompire about more than just the movies, though.

“I always find that if you create an environment to help foster a community, you will have created something much more than merely a collection of films. I have seen many festivals come and go, and even larger ones struggle and fail because they failed to establish or tap into a community,” Migliore said. “But in the meanwhile I just want people to have fun.”

Migliore is also holding a costume contest (hint: come dressed as one of the undead), with prizes for the winners from festival sponsors.

The films being shown this weekend should please fans looking for stuff they haven’t yet seen. Two of the features, Brain Dead and Wasting Away, are just-released 2007 flicks, with Wasting Away being a regional premiere. The shorts block too is almost all-new material, with 18 of the 21 shorts being new to the Portland area, with a few national and world premieres thrown in for good measure.

Migliore said choosing the final schedule was no easy task, with almost 200 submissions to wade through before making selections. While separating the wheat from the chaff was fairly easy in some cases (“a coming of age story without the undead is frankly not going to cut it”), Migliore expressed regret at some work that had to be cut.

“There are often several films I wish we could show, but can’t because of prior arrangements filmmakers have made with festivals … in the end I hope to have a balanced schedule of comedy, gore and horror that is overall entertaining.”

Friday’s lineup starts with Vampire Circus, a 1972 Hammer Productions flick about a traveling carnival made up of vampires that prey on a small village in 19th century Europe. The film is pretty much the only “oldie” on a schedule made up of new, or just-new, films.

Following Vampire Circusis From Dusk Till Dawn, a 1996 Quentin Tarantino-penned, Robert Rodriguez-directed movie featuring Tarantino and George Clooney as a ruthless crime duo who start getting their shit ruined when they hole up in a Mexican bar unknowingly filled with vampires.

Rounding out Friday is Brain Dead, a new zombie movie from indie director Kevin Tenney about six mismatched travelers who stumble on a not-so-abandoned fishing lodge.

Saturday begins with a collection of short films that run the gamut from zombie cowboys cheating at poker (Aces & Eights), to a vampire couple that turns bickering into feeding when attacked by burglars (Harvest Moon), to the self-explanatory Zombie Jesus.

Following the shorts is the 2004 Zack Snyder remake of Dawn of the Dead, which is my only complaint with the lineup (the remake? Really? Ving Rhames is sweet and all, but let’s have the Romero classic dudes, c’mon).

And finishing off the festival is Wasting Away, the aforementioned regional premiere that flips the traditional zombie movie lens and shows the world through the zombie’s point of view.

“For some reason, the idea of eating brains never resonated with the general public,” said director Matthew Kohnen in a Director’s Statement on the film. “And zombies remained the bastard children of the genre. It was my goal to rectify this, to give zombies a voice, a point-of-view, if you will, that would allow us all to see that dead or undead, we all basically want the same things.”

Whether blood or flesh is your cup of tea, the Zompire Film Festival should provide entertainment for all. Come dressed up and “check your brain at the door,” as Migliore suggests. Though, with any Zack Snyder flick involved, that really goes without saying,

Back to the drawing board 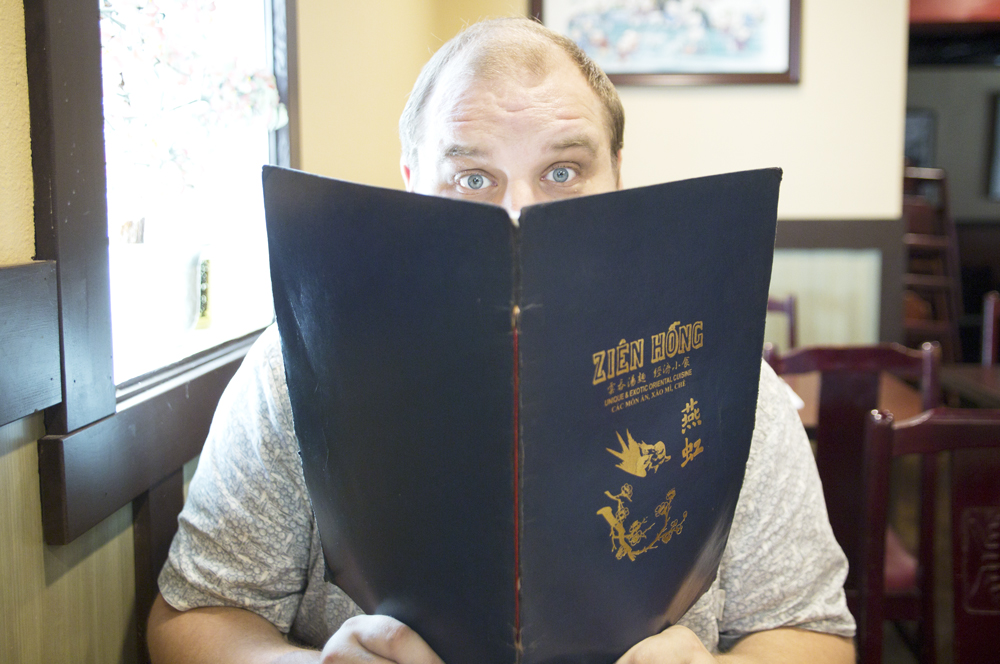