Pleasant conversations abounded between smartly dressed young women seated around white-clothed tables last week in the Smith Memorial Student Union.
The next women leaders of Portland State were getting their start in politics on a rainy Wednesday afternoon on campus.

The next women leaders of Portland State were getting their start in politics on a rainy Wednesday afternoon on campus.

The four-hour training, Elect Her: Campus Women Win, was hosted by PSU’s Center for Women, Politics and Policy to encourage women to run for student government at PSU.

“Something that will get you far in politics is remembering people’s names,”
Tiffany Dollar, PSU’s student body president, said at the start of the training. Dollar encouraged women to reach out and network with other women around Oregon who are key figures in the fields students will be entering after graduation.

To kick off the event, Cynthia Rauscher, Oregon’s president of the American Association of University Women, an organization that seeks to empower women and girls, listed statistics for women in politics: Three women hold positions on the Supreme Court (an all-time high), 20 women hold seats in the U.S. Senate (another all-time high), and five women hold the position of governor in their state.

When Allison Dunatchik, the Elect Her facilitator, took the stage, these numbers were relegated to the background of a more urgent problem: the poor representation in elected office of women of color (4.5 percent) and women under the age of 40 (1 percent).

Dunatchik called on the audience with the question, “Who wants to run for office?” which drew raised hands from about half the crowd.

“Why not?” Dunatchik asked a young woman in a goldenrod-colored dress.

The young woman responded that she would not want to have to take on a partisan role because she felt that she was too convicted in her views to have to compromise. Another woman said that she would rather work behind the scenes than become involved in politics.

Dunatchik said that women are needed to represent a diverse electorate, and, to the surprise of some, they often win at the same rates as men. For these reasons, Dunatchik said, women should run. Throughout the rest of the afternoon, the training would give women in the room the chance to think about what “their issue” for campaigning would be and, later, to write stump speeches for that issue.

Becca Uherbelau, spokeswoman for the Oregon Education Association, spoke about the importance of refining one’s message in politics.

“When people are running for office, they should remember to emphasize their deep values. [The message] eventually needs to move people to action,” Uherbelau said. She asked the women in the room to search for a message, write it down, and then, “repeat it, repeat it, repeat it.”

Nothing is more disastrous than a candidate with a poorly rehearsed message, Uherbelau said, mentioning Ted Kennedy’s 1979 perplexing answer to the question of why he wanted to be president.

More economic support for graduate students, high incarceration rates for people of color and problems in the education system were among many of the issues that women in the room felt passionately about. When, at the end of the training, Dunatchik asked the women to work on their “elevator pitches,” the room fell silent for several minutes while the women wrote.

“Think about who you are and what you’re passionate about,” Dunatchik said.

At one table, a young woman introduced herself and said that she wanted to be elected to solve the health care problems that poor prenatal care brings low-income families. Another young woman gave a passionate stump speech for candidate “Linda,” listing the values ingrained by her own Colombian heritage and background in a working class family as a value that Linda shared. The table was amused by her earnest articulation of her stump speech, while also applauding it.

A panel of women from the Associated Students of Portland State University was part of the day’s training and made an effort to demystify “the nuts and bolts of running for student government.” Mary Moller, director of local and federal government relations at PSU, discussed how women political candidates can use what resources they can find to side-step sexism in campaigns.

Dollar offered her experience of being displeased with the “rampant sexism” that had been directed to her female opponent in last year’s ASPSU election, an occurrence Dollar said that she and her roommates had labeled as “lady-hating.”

Dollar was open about discussing her run-ins with sexism inside and outside of student government—such as instances when she was thought to be a secretary rather than the student body president.

In addition to participating in the panel of ASPSU women during Wednesday’s training, Dollar helped write the grant that made the Elect Her training possible. After the grant was secured, Dollar said that she also helped to recruit women to attend the training through classroom “raps” for classes that either centered on politics or women’s studies.

Dollar said that she was accepted into Emerge Oregon’s class of 2013. Emerge Oregon is a training program for Democrat women.

“But, right now, I’m just focusing on finishing my classes,” she said, laughing. 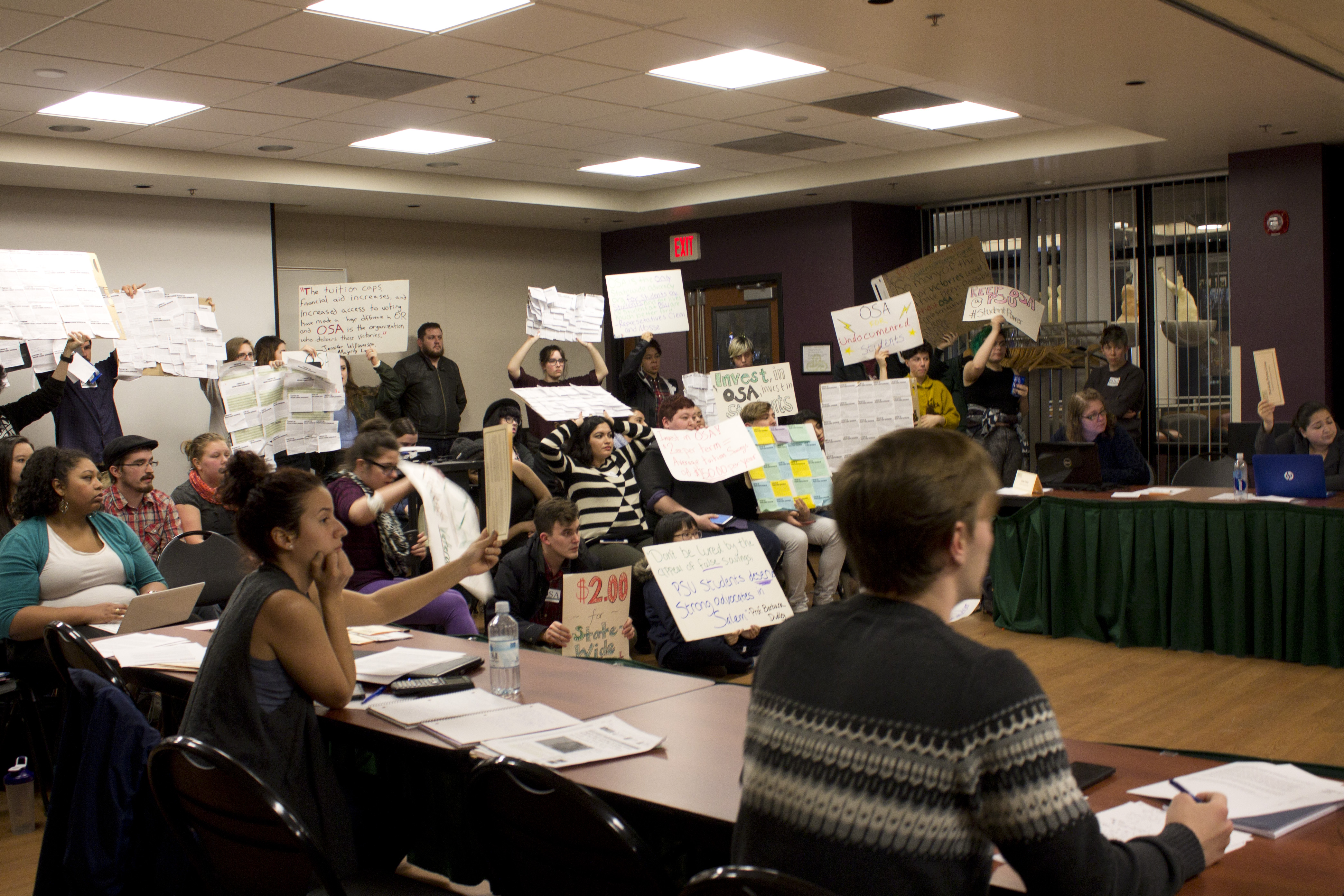