Professor to lecture on nudity and the Greek body

More than 219.4 million Americans watched one or more events in the 2012 Olympic Games, according to The Huffington Post.

Professor to lecture on nudity and the Greek body

More than 219.4 million Americans watched one or more events in the 2012 Olympic Games, according to The Huffington Post. 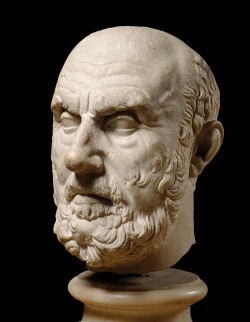 The Head and the PART: The Marble Head of Chrysippos (above) and Marble Figure with a personification of the vine (below) are both part of the art museum’s current exhibit, “The Body Beautiful.” 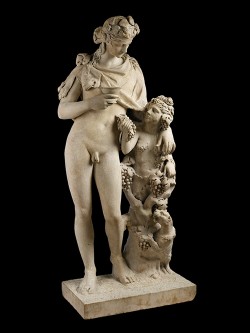 Every year, art students across the country are taught to embrace nudity and the the image of the body in their creations.

What many do not realize, however, is that embedded in the tradition of watching the Olympics and the obsession with the ideal body form are historical roots that date back thousands of years to a culture that has influenced our own in countless ways: the Greek. The correlation between these two seemingly unrelated subjects is significant.

On Nov. 11, Portland State will engage in a triadic collaboration with the Portland Art Museum and Reed College to explore the foundations of Greek culture through sculpture and other art forms.

In celebration of “The Body Beautiful” exhibition currently showing at the art museum, the three institutions will bring Andrew Stewart—University of California, Berkeley professor in Greek studies, archaeologist and cultural historian—to deliver a lecture titled “The Wardrobe Malfunction That Shook the World: Nudity, the Greek Body and Greek Self-Fashioning.”

Brought to the museum in early October, “The Body Beautiful” showcases more than 120 Greek and Roman art objects. From jewelry and sculpture to vessels and vases, the artwork came from London’s British Museum and will leave Portland in early January.

According to Stephanie Parrish, associate director of Education and Public Programs at the museum, this particular exhibition boasts one important factor that sets it apart from previous shows.

“This is the first time that this exhibition has actually been in the United States, let alone outside of London, and Portland will be the only West Coast venue,” Parrish said. “So it really is a once-in-a-lifetime opportunity for the people to see a lot of this work and for people to listen to this professor talk as well.”

Stewart’s lecture will take place at the museum itself. Stewart will speak on a variety of subjects centered on Greek history, such as the ancient Olympics, the role of nudity in both culture and art and comparisons of nudity in Greek and other cultures.

Stewart’s archaeological perspective, he said, will offer an understanding far greater than what books alone can tell an audience.

“If you were to believe the historical texts, you would believe a really simple and clear-cut tale about how the Greek practice of stripping for exercise in the Olympics came about; that tale would be, if not completely wrong, seriously distorted,” Stewart said. “We learned that, from archaeology, history is very simplified—but also, the chronology has been doctored in order to bring it into line of preconceived notions. What archaeology gives us is a much more rounded and much more interesting tale, and shifts the chronology by about 100 years.”

Because of his specialty and knowledge in the area of Greek study, the opportunity to bring Stewart to Portland was one to not pass up, according to Anne McClanan, professor and area coordinator of art history at PSU.

“It just seemed like such an extraordinary opportunity for PSU students and for the whole community to look at world-class classical sculpture, so we thought it would be very important to bring this speaker into town,” McClanan said.

Parrish explained that Stewart’s different perspective would aid not only in the understanding of the exhibition but of Greek art history in general.

“I think it’s fabulous to be able to bring different voices and to hear different perspectives on the exhibitions and on particular works. One of the things that brings history alive for people is there are multiple stories and multiple ways for people to think about these works,” Parrish said. “We are providing that platform, for people to think about that discussion. There isn’t just one story about works of art; we’re trying to surface a lot of different perspectives.”

The importance of the exhibit goes much deeper than just understanding another culture, Stewart explained: It allows people to begin to understand their own.

“This is important because, famously, one great historian said those who ignore history are doomed to repeat it. Secondly, it’s fascinating on its own accounts. Understanding the ancient world helps us to understand our own,” Stewart said.

“Whether you’re talking about the Greeks, the Romans, ancient Egyptians or the Mayans, they’re fascinating to study on their own account,” Stewart said. “It’s part of the history of the human race, and in a sense we owe it to these people to remember them and to put our own lives in perspective against their achievements.”