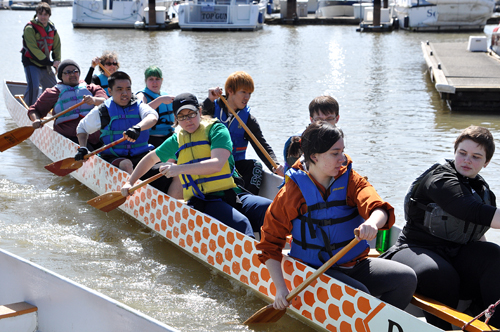 “I like it because it’s the type of sport where you don’t have the best player or anything like that, because you all have to work as a unit,” first-year member Sarae Lemas said. “So if someone’s doing better than anyone else, the team’s not going to do as good…It’s a lot of depending on each other.”

Lemas said she was drawn to the sport because of its historic and cultural connections. Dragonboats were first made in China thousands of years ago. The sport has become a touchstone for Portland and its Taiwanese sister city Kaohsiung, and every weekend Portland teams take their boats out into the Willamette for recreation and competition.

“It’s a way to get out on the water and get exercise,” club captain and three-year veteran Dominic Lemas said. “But at the same time, you’re enjoying the scenery and you can kind of talk to each other at the same time, and still socialize, but you’re definitely getting a full-body workout.”

Rowers sit two to a row in the long boats and pole the water with long, over-the-shoulder motions Lemas described as being like a piston working.

“Everyone thinks you just get gigantic arms,” Lemas said. ”But you’re actually using your shoulders and your abs to pole the water too.”

Portland State first formed a dragonboat team six years ago with students from Portland Community College. A year later, the Green Dragons were formed when PSU split off to form its own team. Last year, many team veterans graduated, so this year the team makeup is more heavily weighted toward new rowers.

Although the team competes in six races throughout their season, Lemas said there is no previous experience needed and are no tryouts required to join.

“We work on endurance specifically for a major part of the season, so I would want everyone to be tired afterward,” team coach Mark Hehlen said. “I want everyone to push themselves. Because when we do races, it’s in three minute pieces, but we’ll be doing five in a day, and you need to put everything you have out in the water. Those three minute races, sometimes people are more tired at the end of those than after an hour of practice.

“We’ve gotten lucky so far this year—no snow or rain,” Cameron said. “However, last Wednesday, the current kicked our butt. It was going against us, so every muscle in our arms had to be worked, like 300 percent more. We were all tired after that.”

The Green Dragons’ season runs from spring into the summer. Although they’ve coordinated their seasons for the nice weather, Lemas said they’re willing to go out in any weather, including snow and ice.

“Last year, [we wore] shorts and a T-shirt, and then the clouds came in,” Hehlen said. “And it started hailing and the sun went down. Even this last Wednesday, the river was about a foot under flood level, the current was the roughest I’ve ever seen, but we still took it out.”

Since the sport is heavily team focused, members are urged to come to as many of the team’s practices as possible. The Green Dragons meet three times a week: Mondays and Wednesdays at 7:30 p.m. and Saturdays at 10:30 a.m.

The club does six races a year: three in Washington and three in Oregon. Their first race is at the end of the month in Olympia, Wash.

“This season we’re going to really boost up the idea of we want to compete’ and be a viable competitive team and show off the PSU colors a little more,” Lemas said. “So we’re going to try to win a lot more medals this season and do a lot more training.”

The team’s biggest race of the year is at the Portland Rose Festival, where dragonboat teams, including a representative team from Kaohsiung, race in ornate, 16-seat boats from the racing tradition of Taiwan.

“There’s this team of grannies who are really good,” Cameron said with a laugh. “And we are trying to beat them.”

Lemas said the club is always looking for new members. Students interested in joining the Green Dragons can find more information on PSU’s Campus Rec website. The fee to join is $100, which pays for jerseys, life vests, paddles, boat rental and entry into the team’s six races. New members must fill out a liability waver on the club’s site before coming to practice. 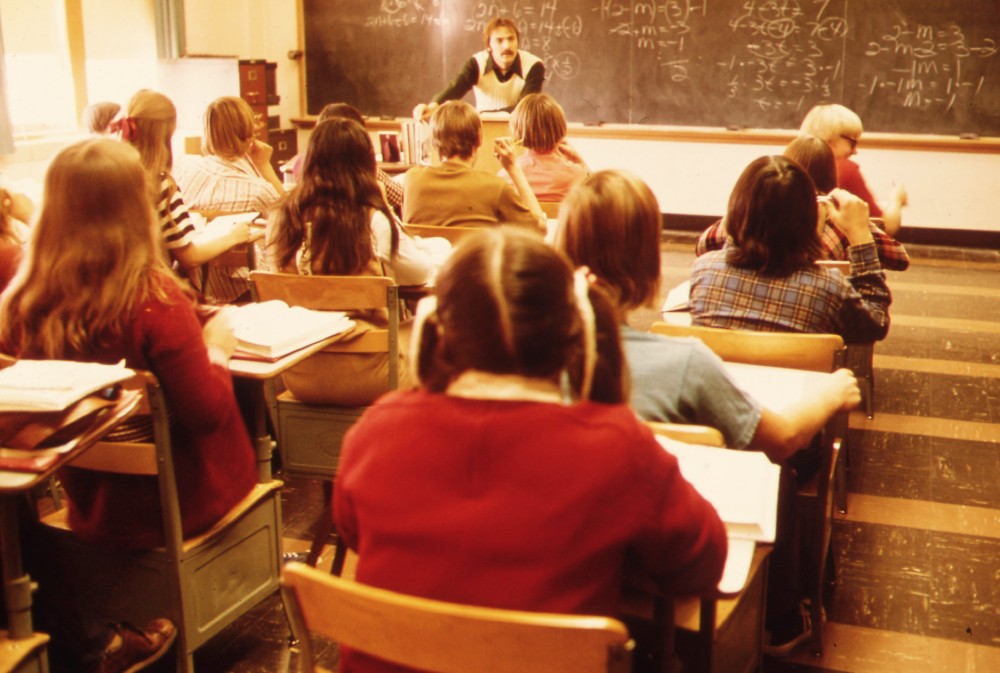 A-plus: Recognizing the Excellence of Teachers