On a scorching June afternoon in Boston I found myself strolling down Yawkey Avenue, towards one of the most historic landmarks in the sports world. While following the long trail of Red Sox logos to the famed Fenway Park, I could feel the powerful energy of this ballpark’s illustrious history in the air. As I peered up at the brick wall that enclosed a field with so many memories, I found the words “Fenway Park” inscribed in perfect red and blue Red Sox font. This is when I realized I was living the dream of nearly every sports fan in the nation. I was at Fenway Park.

After a quick trip to the merchandise store, where I purchased a Manny Ramirez jersey to compensate for my friend’s embarrassing Yankees hat, it was time to take a tour of the ballpark. The first stop was the upper levels of the park and the journey to the top was incredible.

Being in the hallways of Fenway was like being in a world that only knows about one thing, Red Sox baseball. Everywhere I looked I saw red, white and blue. From the pictures and jerseys of greats like Ted Williams, Carlton Fisk and Johnny Pesky that graced the walls to headlines from Boston’s magical 2004 World Series victory, it was Red Sox mania.

On the way to the press box, there was an array of Baseball Hall of Fame plaques. They were of former Red Sox players and Cy Young-award winners, hanging proudly on the walls of the Red Sox awards room.

I reached the press box and was able to catch my first glimpse of the field. At first sight I was overwhelmed because it was much more than I had ever imagined. The field looked absolutely perfect and for a moment I felt like I was lost in some wild dream. I was definitely experiencing a moment that I had never expected possible, so I was forced to pinch myself a couple of times to ensure that it was real.

Gazing around the ballpark, I could feel the aura that filled the air of Fenway with so much history lying between the white lines that run down the first and third base sides. My head was spinning with excitement as I quickly glanced around the stadium, identifying all of the notable facets of the park.

First, there was obviously the Green Monster, which seemed even more voluminous than it appeared on television. Then my eyes locked on the Citgo sign that towers over the bleacher seats in center field and the famous John Hancock signature that is perched above the stadium’s display screen. As I continued to scan the park I saw the legendary red seat in right field that signifies Ted Williams’ longest home run and then Pesky’s Pole lying directly at the end of the first base line.

My favorite portion of the tour was sitting in the seats atop the utterly huge Green Monster. These seats were inserted in 2003 to replace a 23-foot net, which was used to restrict balls from breaking windows of surrounding business buildings. When tickets were being sold for the 2003 season, fans jumped at the chance to sit on the Monster, buying up all the tickets in a record seven minutes. I can definitely understand, because when I took a seat in the front row and looked down at the field from the Monster it was simply incredible. These have to be the best seats in the house because not only is there a great view of the field, but the view of downtown Boston in the distance is also spectacular.

The 37-foot-tall Monster was a very impressive sight not only because of its enormous physical presence, but also because of the history behind it. The tour guide informed us that the wall wasn’t always green – before it received a coat of green paint in 1947 it was actually covered in advertisements. Another interesting fact is that after former Red Sox owner Tom Yawkey died and his wife took over the team she decided to paint the wall green because she claimed it matched the grass.

Another fascinating aspect of Fenway was the old-fashioned blue wooden seats that are still used down the third base line. These seats are the only of their kind in the major leagues, allowing fans a narrow 15 inches of seat space to plop down and watch the game. The seats are thought to have been implemented in the 1930s, but their current use just accentuates the traditional atmosphere that reigns supreme throughout baseball’s oldest active ballpark.

Although I didn’t get to see the famous red seat in right field up close, there is a pretty ironic story behind it. According to the Fenway Park tour guide, Ted Williams’ 502-foot blast traveled from his bat to the head of a New York construction worker, who happened to be sleeping when he was struck by the ball. Apparently, the New Yorker was a Yankee fan prior to Williams’ famous homer, but decided that it was fate that he was smacked in the head with the ball and that he should become a Red Sox fan. So, Red Sox fans like to say that on that day Williams smacked some sense into a Yankee fan.

While the inside of the park was incredible, I thought that the surrounding area outside the park was equally amazing. For miles surrounding the entryway into Fenway Park there were Red Sox banners, signs, posters and billboards on every street corner. Also, the knowledge and loyalty of fans around the city was extremely impressive. During the few days that I was in Boston I saw more Red Sox hats than I have ever seen Blazers hats in my whole life in Portland. Everyone was sporting a Red Sox hat in Boston, and to me that was remarkable because I have always heard that Boston fans are the most loyal fans in America. Now I know it is true.

Fenway Park is truly a spectacle and I recommend that every sports fan should take a trip there one day. What Fenway has that most sports stadiums don’t have is tradition and history. In an age where stadiums are measured by the number of concession stands and the size of the display screen, Fenway sticks to tradition and draws thousands of fans to each game strictly through the long fantastic history that has told the story of Boston sports for the last 100 years. Fenway is definitely doing something right. 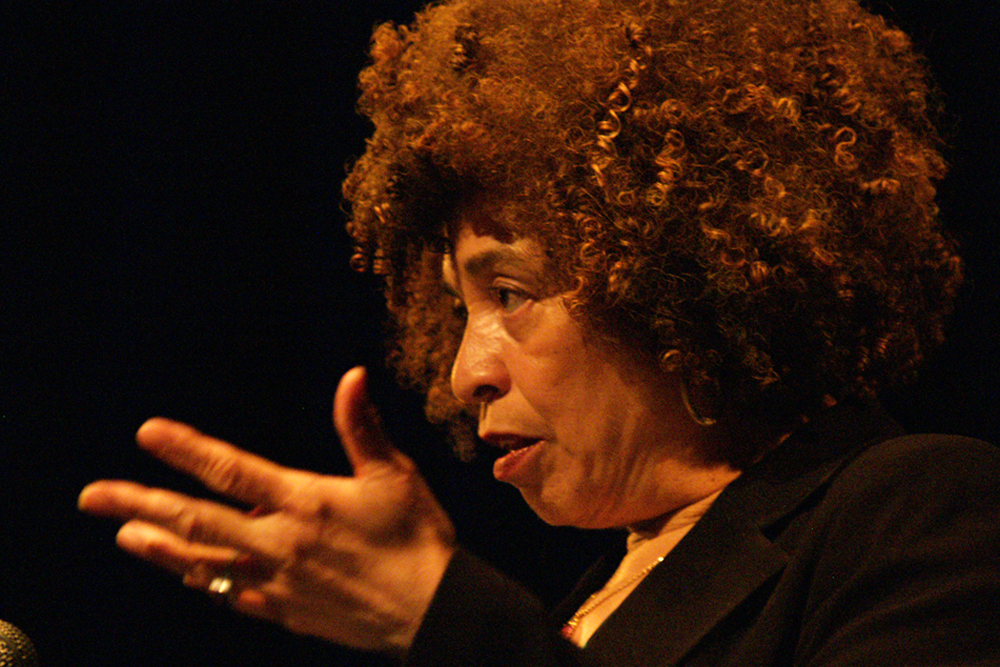 Angela Davis to Speak Out at the 11th Annual MLK Tribute