Portland State men’s basketball faces a tough test this weekend in Missoula, Mont., as the Vikings wrap up a two-game road trip by taking on the Montana Grizzlies in a Big Sky Conference matchup Saturday.

Portland State men’s basketball faces a tough test this weekend in Missoula, Mont., as the Vikings wrap up a two-game road trip by taking on the Montana Grizzlies in a Big Sky Conference matchup Saturday.

Before traveling to Missoula to play the Grizzlies (11-5, 3-1 Big Sky), the Vikings began this week’s slate of games in Bozeman with a Thursday meeting with Montana State (9-7, 3-1 Big Sky), the results of which were not available as of press time.

The two Montana schools entered the week in a two-way tie for second place in the conference standings, and both should serve as quality measuring sticks for how good the fourth-place Vikings can be this season.

Harriel, the team’s leading scorer, led the way once again with 16 points, while recording 12 rebounds, three assists and three steals. Odum added 15 points, five assists, two steals and is currently shooting 20 of 29 (.690) from the field in league play.

The Vikings won the defensive battle, holding the Eagles to just 20-of-65 (.388) shooting from the field, and forced Eastern Washington to turn the ball over 12 times compared to the Vikings’ 10. Offensively, PSU senior Melvin Jones scored 15 points, including hitting 3 of his 5 shots from long-range. Junior power-forward Chehales Tapscott grabbed his league-leading fifth double-double of the season with 12 points and 12 rebounds.

Returning from injury, Nelson also saw his first action after missing the last 26 games—a stretch that extended into last season. Although he may still be a couple weeks away from full game-shape, Nelson came off the bench to play 16 minutes, hitting a three-pointer and pulling down a rebound.

Things will be much tougher in the state of Montana this week. The Vikings haven’t had a lot of success on the road against Montana or Montana State. PSU is 6-23 all-time against the Montana schools, with a 3-11 record at Montana and a 3-12 record at Montana State. The Vikings have only swept the two schools in the same road trip once in 14 years, and that was in the 2007–08 season. The odds do not look good.

In order for Portland State to return home with its winning streak intact, the team will need to take care of the ball and not become rattled by the hostile road environment of the “Big Sky State.”

Montana State is likely to play an inside-out game, led by seniors Erik Rush and Bobby Howard. Rush leads the Bobcats in scoring with 15.9 points per game, but it has been Howard who has hurt the Vikings in the past, as the bruising forward averaged 18.7 points and 6.7 rebounds per game in three meetings last season.

On Saturday, the Vikings will face the team with the best overall record out of the Big Sky in Montana. The Grizzlies have won six of their last seven games and are, statistically speaking, the best defensive team in the league.

The Vikings will need continued strong play out of their backcourt. The team is 3-1 with combo-guard Odum in the starting lineup, and Jones has adjusted to the point guard position. In his last 131 minutes of play, Jones has boasted an impressive 4-to-1 assist to turnover ratio.

However, judging by Portland State’s past history in Montana, it’ll take more strong performances like these for the Vikings to have a big week in the Big Sky.

First tipoff is set for 6 p.m. Saturday, and the game can be followed live on KXFD, AM-970, or via live stats on goviks.com. ? 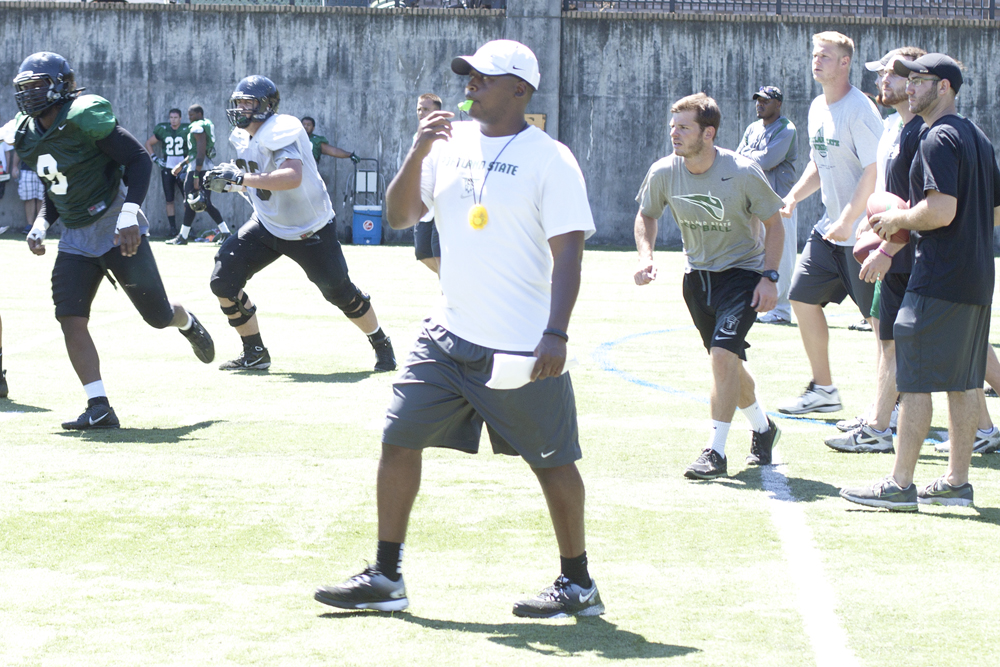