Under the new provisions, young adults without employer-issued health insurance will now be able to remain on their parents’ plan until the age of 26. The reform law changes the lives of many students at Portland State, and the Student Health and Counseling Center is responding to new concerns from parents and students who seek to opt out of PSU’s mandatory health insurance.

Karyn Schwartz, senior policy analyst at the Kaiser Family Foundation, predicts that 700,000 to 2.1 million young adults in America will now take advantage of parental coverage. Referring to a September census report, she said that one third of young adults from the ages 19 to 25 are currently uninsured, making them the group with the highest lack of coverage.

At the Oregon Health Authority’s recent board meeting, presenters concluded that the majority of Oregonians have or will get insurance privately, whether individually or through employers. The many parents who are paying high premiums for private coverage are vocal in their opposition to PSU’s requirement that students taking five or more credits per term purchase health insurance through the university.

Marty McCann is one such parent. The father of a PSU freshman, he said that he found out through his sister-in-law about the mandatory health fee that exists at all of the public Oregon universities. Though she was able to opt out of the insurance plan that Oregon State University provided for her son, McCann found that the requirement is non-negotiable at PSU.

“They’re not even open to discussing it,” he said.

Jessica Cole, associate director of SHAC, spoke to McCann this week. She likened the health fee, $190 per term, to other charges built into tuition by necessity at universities. His money helped fund the Academic and Student Recreation Center, for example, which his daughter might or might not use.

However, McCann felt that the health fee was different.

“This is a separate thing; this is individual health care for individual people, not a major university benefit,” he said. “[My daughter] is taking out student loans, we’re taking out parent loans, and now I have to pay for somebody else’s health insurance?”

PSU has pushed to adopt the hard waiver model that’s in place at other universities, where students with proof of adequate outside health care coverage are not required to purchase health care through the institution. Nick Walden Poublon, student affairs liaison and chair of the Student Health Advisory Board, supports efforts to bring the hard waiver to PSU.

“I think it’s important for students and parents who are angry about paying the health fee to know that we are working towards a different system,” he said.

However, Jessica Cole pointed out that the current model of mandatory health insurance at PSU spreads the cost of health care evenly amongst the study body; if PSU offered a hard waiver, students without major coverage would pay $350 or more per term.

Students who are already covered by an employer or parent’s plan will hopefully find the PSU plan useful in emergencies, Cole said. Of the $190 per term fee, $90 goes toward basic illness coverage, with a $75,000 cap. On the other hand, most major plans go up to $1 or $2 million.

For students who have no outside major coverage, SHAC recommends an optional supplemental plan. Cole said that the basic plan isn’t meant to replace the kind of major policy that a parent might offer, but that having it provides a safety net for urgent on-campus injuries or sicknesses.

Some students with outside coverage use SHAC services, however. Adam Rhamlow, a junior and an ASPSU senator, is covered by three different policies, including the PSU plan.

“None of them cover me fully,” he said. His parents live in Wisconsin, so while he’s included in their employer plans under the new health care law, it’s hard to find providers in Portland. He goes to SHAC for the convenience.

“If I had a choice, I wouldn’t be paying the fee,” he said. “But it’s nice to be able to get a dental checkup on campus between classes.” 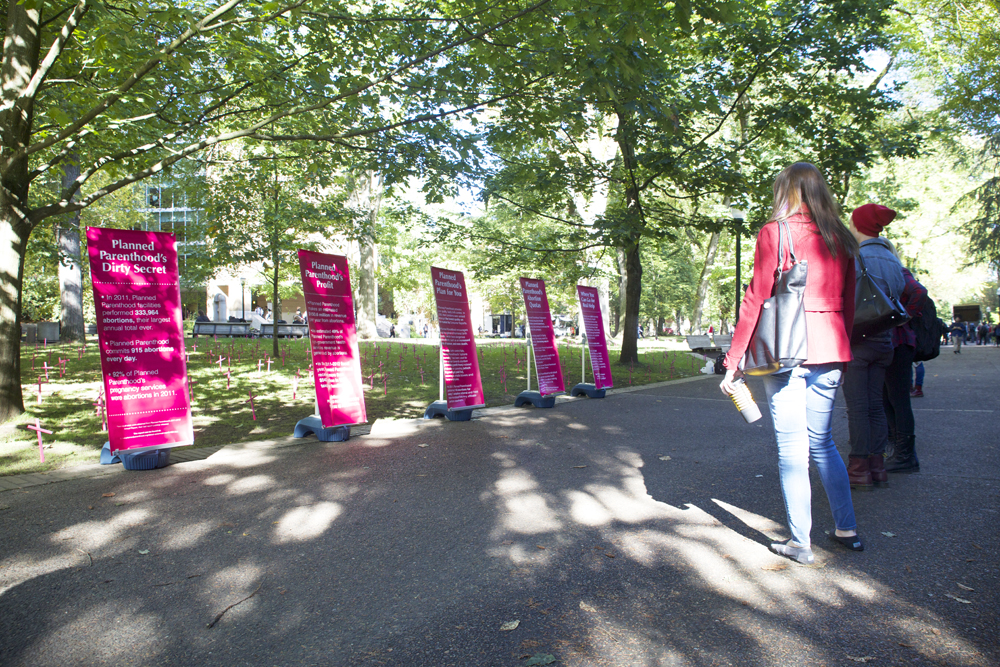 Planned Parenthood is not pro-life