Portland State and the Oregon University System will host a public forum today to discuss the restructuring of the university system.

Portland State and the Oregon University System will host a public forum today to discuss the restructuring of the university system. The forum, which is called “The Future of Higher Education in Oregon,” will include a discussion on the restructuring proposals and a question-and-answer session.

The event will take place today at 4 p.m. in

U.S. News and World Report ranked Portland State’s graduate public affairs program 49th in the nation. It is tied with the University of Connecticut.

PSU was given a score of 3, out of 5 possible points. Syracuse University, located in Syracuse, N.Y., received a score of 4.5.

Rice is currently a professor at Stanford University. She served as national security adviser from 2001 to 2005, and secretary of state from 2005 to the end of former President George W. Bush’s term.

In light of Black History Month, the City of Portland is hosting a community-wide forum on Wednesday to look back at Portland’s lost black neighborhoods. Mayor Sam Adams will be a guest speaker.

The forum will feature an exhibit of historical photographs of the neighborhood and its residents that were hurt by industrial development, urban renewal and flooding, according to The Oregonian. Guild’s Lake Courts, South Albina, Farview Homes and Vanport City are among the neighborhoods featured in the exhibit.

The event, which is free to the public, will start at 5:30 p.m. and will run until 7:30 p.m. It will take place in the Kaiser Town Hall in North Portland.

Portland State student Jason Elgin was awarded $30,500 from a lawsuit he filed after he was attacked with a Taser by Portland police in a Denny’s restaurant.

According to an article published by KGW on Feb. 4, Elgin filed a lawsuit against the city for $300,000. The jury found the city liable for battery, but not for false arrest or malicious prosecution.

The incident occurred in July 2009, when police officer Kevin Tully received a call about a man who had fallen asleep at a table inside Denny’s.

Elgin said that he had just finished his final exams at PSU and was tired. When the officer

arrived at the scene, he used a Taser to wake Elgin up, according to Elgin’s lawyer, Greg Kafoury.

However, the city’s attorney, Bill Manlove, said that Tully had probable cause because Elgin would not wake up, according to the article. 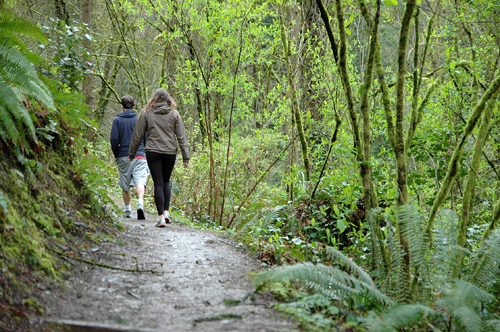