Portland State alumna Walidah Imarisha spoke at “Living the Legacy: Afrofuturism and Possibilities for Oregon” Monday, Jan. 22. PSU’s Global Diversity and Inclusion department hosted the event as part of an annual Dr. Martin Luther King, Jr. Tribute series. Imarisha discussed the history of racial injustice in Oregon and how local communities can envision diversity and justice for the future.

Imarisha has also taught in PSU’s Black Studies Department, as well as at Oregon State and Stanford University.

Portland State Vanguard spoke with Walidah Imarisha Jan. 24 to discuss some of the main points from the MLK Tribute presentation.

Vanguard: During your presentation you said, “Communities of color don’t need a savior. They need allies.” How can people be an ally in the best way?

I had the opportunity of meeting and having dinner with different student leaders and organizers before the event and there are so many organizations and student groups and students doing community based racial justice there at [PSU].

VG: You brought up the Black Panthers and misconceptions people have of leaders like Martin Luther King, Jr. and Malcolm X. Do you have a theory on why this is?

It serves a purpose to have white folks think that the Black Panther Party and Malcolm X hated white folks and [how] they only focused on the black community, [how] they were violent and scary. And the realities are that they formed… coalitions with radical white folks and their view was very similar to [MLK]’s which was an international lens that [asked]: how do we build an anti-white supremacist, anti-imperialist, anti-capitalist movement that can actually transform the foundations of this world? There were many similarities between them in terms of their analysis.

VG: Some anti-colonial authors describe institutional restructuring as an inevitably violent process. Do you see the U.S.’ future as violent as some of these visions?

WI: I very much struggle with the word ‘violence’ because I think it’s so broad as to be almost meaningless. It’s often used to mean everything from harsh words to mass genocide, and I think that [it’s] often used as a weapon against folks who are trying to create radical change in community. It’s important to note that business-as-usual is violence.

Every single day… the police murders that happen are violent. The ways that healthcare is denied to oppressed peoples is violent. Whether you put a gun to someone’s head or you keep medicine from them, that is violence.

The violence under the system that is operating business-as-usual is so normalized, it’s not even noticed by people who have power and privilege in society. It is only the acts of resistance, the acts of self-defense, that can again be anything from harsh words [and] so on that get labeled as violence.

VG: How can media avoid reinforcing and normalizing injustice?

WI: Well, first what stories get told, but [also] the lens through what they get told.

That’s part of why I always try to highlight in my work that idea of oppressed peoples as active change-makers, not passive victims. I try to center resistance and the community building rather than showing them as nothing but objects being acted upon and to recognize that all the racial justice that has occurred has some about because of oppressed peoples.

That frame is one that is often missing from journalism. So even when stories are told about the oppression that’s happening, it centers the oppression rather than the ways communities have and do resist and create change.

I think that it can help perpetuate the idea that communities are powerless against these forces when the reality is, we have the power to create the world that we want. Everything in society spends so much time telling us we are powerless precisely because it is terrified by how powerful we actually are.

VG: How do you feel about movements like antifa?

WI: Well, I think it’s important to recognize that Antifa isn’t a group, its an ideology, right? Antifa stands for anti-fascist. So I would hope that every person who considers themselves someone who believes in what is right would consider themselves to be anti-fascist, and therefore Antifa.

I think there’s a specific tactic and strategy that folks focus on when they talk about Antifa. That tactic of engaging indirect ways with street level white-supremacist violence.

And so I think it’s important to recognize, again, white-supremacist street-level fascism and violence is violence, and it is not free speech. The foundation and framework of their ideology is violence against oppressed peoples, and it’s important as a society [to] challenge that on all levels.

We have to say, “this is not acceptable. This is not something can be allowed to stand.” I think there has never been a middle ground when it comes to oppression but I think that is even more clear now, where we’re having debates around whether or not being a Nazi is something terrible or if it’s just a personal choice people make. I never thought we would actually get to the level where were having that conversation in the mainstream in this country.

VG: As someone who is speaking about injustices, have you met any resistance?

WI: When I go on tours for my Oregon Black History program, I travel with security because there have been so many threats by neo-Nazis and white-supremacist fascists.

They have stood outside the events and threatened to sexually assault and murder participants of the events coming out. This is not something theoretical, this is something that is happening every single day and its happening here in Oregon.

It’s also not just in rural areas. I’ve had white supremacist fascists come to events in Portland as well. This is not something that just started a year ago with Trump’s campaign and election, this is something that is deeply rooted in this state, this region, and in this country.

VG: Do you have a message for PSU students?

WI: I think that the message I ended with is that my absolute belief is that social change is possible. When folks come together they are unstoppable and that futures are ours to claim and I hope that folks recognize that work can happen on every level.

Rich history is very true at [PSU] and there are folks continuing that work right now and I hope that, for the folks who aren’t engaged in that, know they can be part of that movement of dreaming new, just words and building them into existence. 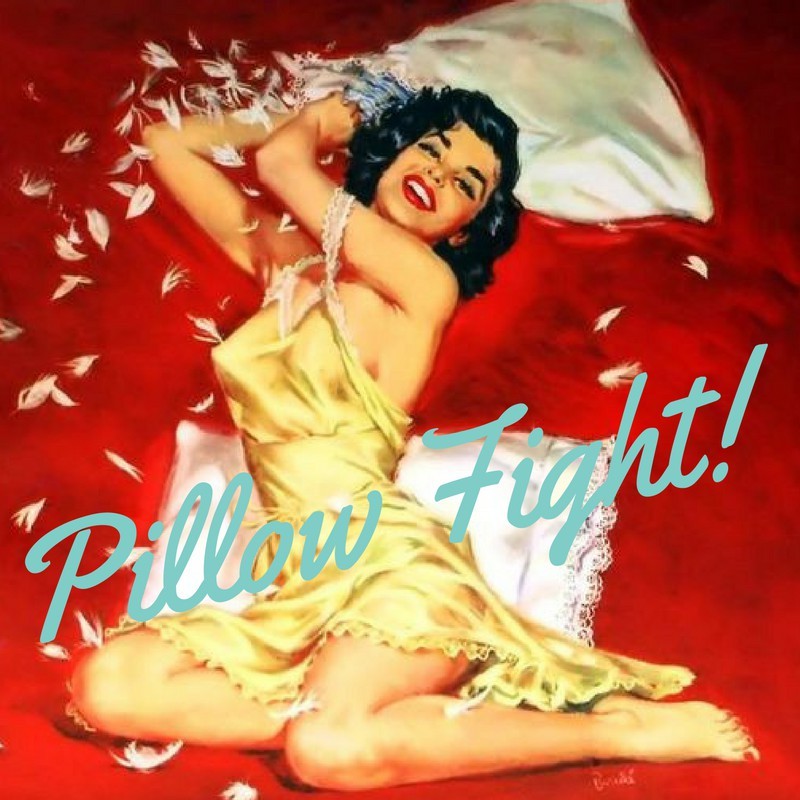 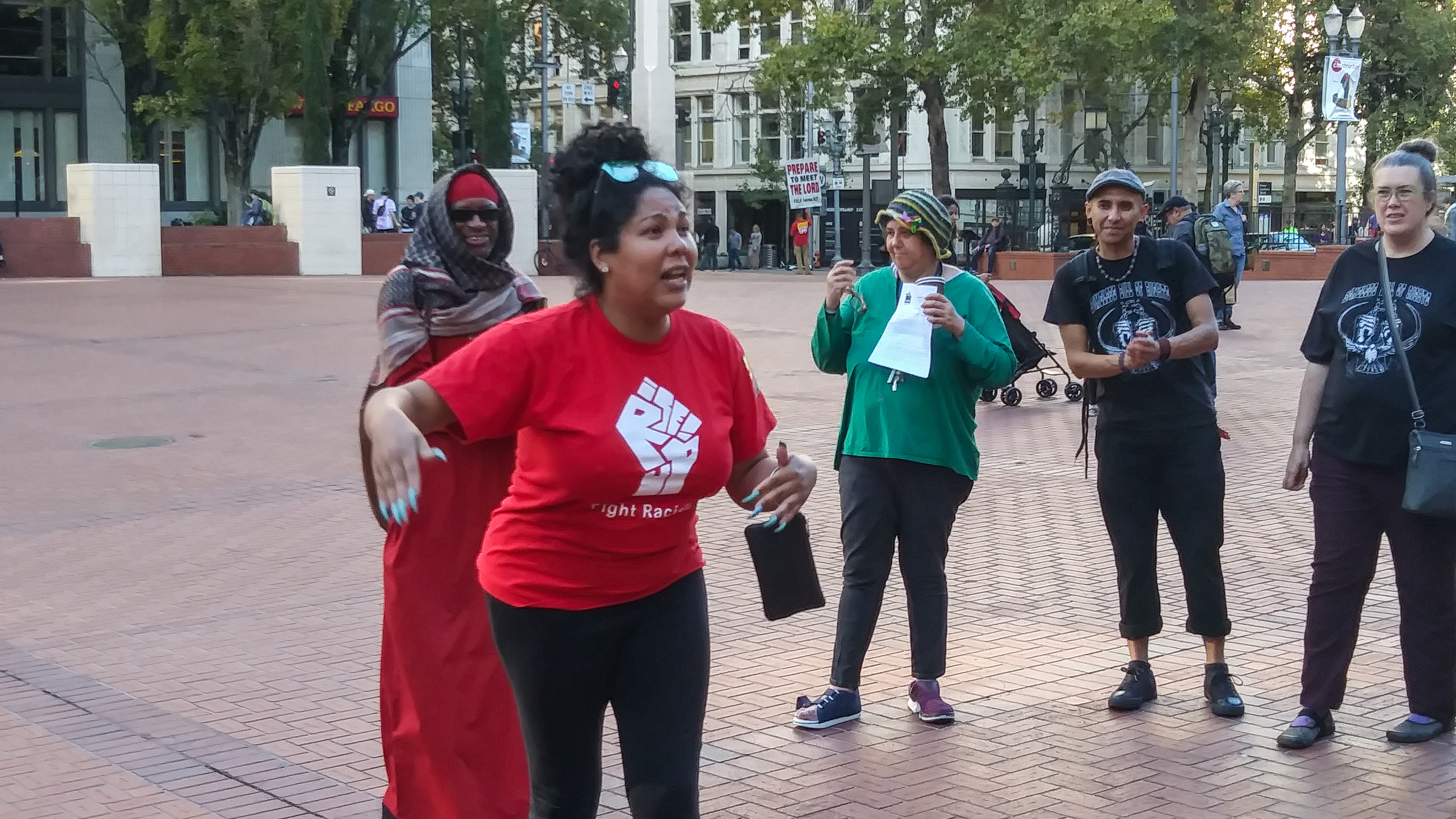