WASHINGTON (AP) – Secretary of State Colin Powell said goodbye to State Department employees on Wednesday and thanked them for the successes achieved during his four memorable years as the nation’s chief diplomat.

Hundreds of department personnel gave Powell a raucous ovation lasting almost a minute when he appeared for the farewell ceremony in the department’s main lobby.

They applauded for about eight more minutes as he shook hands after concluding his remarks.

With his wife, Alma, standing at his side, Powell spoke to the gathering from a staircase that leads to a second floor mezzanine.

"You were my troops," Powell said, evoking memories of the 35-year military career that preceded his foray into diplomacy.

"Even though I’m stepping down, I will never leave you," Powell said. "I will always be part of this wonderful family."

He spoke moments before the Senate Foreign Relations Committee confirmed national security adviser Condoleezza Rice as his successor en route to what seems a virtually certain confirmation by the full Senate. That had been expected as soon as Thursday, but Democrats said they wanted more time, at least until next week.

As Powell began his remarks, the season’s first snow began to fall.

His final exit from the State Department took place early Wednesday afternoon. He will remain in office until Rice is sworn in.

Among achievements during his tenure, Powell cited the "war on terrorism," NATO expansion, improved relations with China, Russia, India and Pakistan and a doubling of foreign assistance.

He made only a brief reference to Iraq, noting the overthrow of Saddam Hussein.

Before the late-morning ceremony, his staff and senior members of the department presented him with the chair he used in the White House Cabinet room.

He made farewell phone calls during the morning to the French, German and Russian foreign ministers. He planned additional calls to foreign leaders later in the day.

"The reason is simple: On his first day in the department he promised to lead, and he did," Limbert said recently. "He restored pride to a demoralized cadre that had been coping with neglect, disrespect and severe personnel and budget cuts." 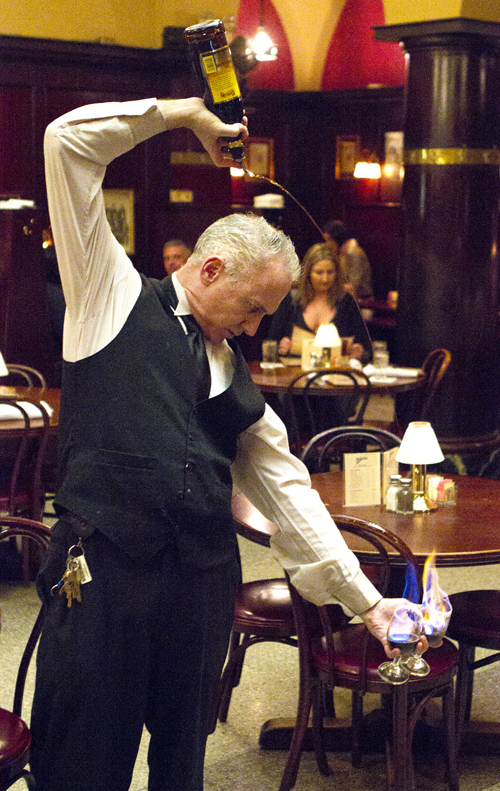 Break Away From Beer