Over the past few months, I’ve been exploring the world of massively open online courses (aka MOOCs), comparing the offerings on Coursera.org, among others, to those I’ve taken at Portland State. The experience has been revelatory. 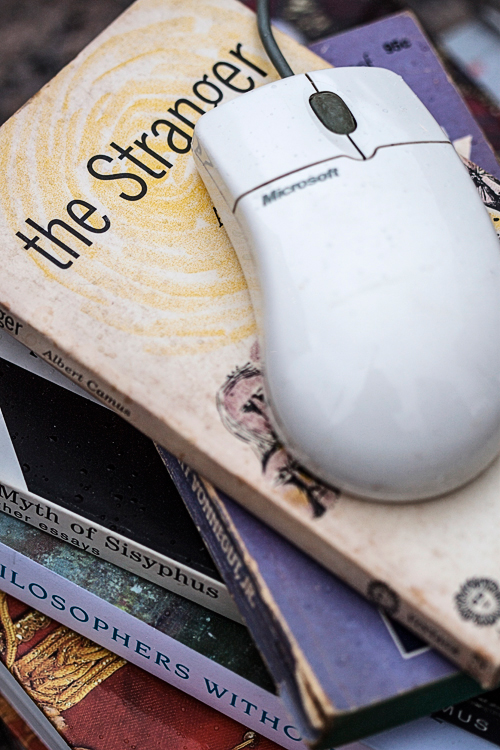 Over the past few months, I’ve been exploring the world of massively open online courses (aka MOOCs), comparing the offerings on Coursera.org, among others, to those I’ve taken at Portland State. The experience has been revelatory.

Upon enrolling in a Coursera course, expect to feel a certain frisson of delight mixed with terror: “This is definitely not D2L,” you may find yourself whispering.

No, fair sojourner, this is not D2L. Or Blackboard. Or whatever other user-hostile piece of shoddy software “instructional technology consultants” and university administrators are conspiring to foist on faculty and students these days. On the contrary, what you’ll find here is thoughtfully designed user interface, tasteful colors, functionality that actually functions. But the point isn’t that it looks pretty—it’s that it looks professional. It bespeaks competence.

As is often the case, form is substance; style is matter, the medium, the message, et cetera. It’s not just superficially, in other words, that these courses are better.

How should we read Coursera? As a floodlight. One that casts into stark relief some ugly truths we’d perhaps rather not see.

The first of these is how the instructional quality at your typical PSU-tier school is determined by the parasitic economics of American higher education. Even now, with the youth unemployment rate approaching 20 percent and the average student debt burden close to $30,000, college students continue to mortgage their futures for a marginal shot at the American Dream, which at this point has been revalued from “personal freedom and prosperity” to “dignity.”

With demand as strong as ever, universities continue to grow bloated on state-backed loans, continue to be led by cosseted bureaucrats bearing an uncanny resemblance to their golden-parachuted big-business counterparts and continue to squeeze faculty—to the detriment of students.

As I write this, it’s only the second day of classes, and already I’ve heard instructors abashedly lamenting the number of courses they’re burdened with, the number of students packed into their classrooms, the lack of grading support they receive (how many TAs would that $15,000 annual raise buy us, Mr. President?) and the curricular bottlenecks that force students out of majors or into extra years of schooling (how many labs could be outfitted with $3 million, Ms. Provost?).

The second ugly truth is one we all must reckon with sooner or later: Talent is unequally distributed. The brute fact is that we can’t all be prima ballerina. We can’t all be great teachers.

Watching a lecture from a California Institute of Technology economics course recently, I felt an odd sensation. It was the feeling of questions stirring. Some had occurred to me long ago but were only now being addressed adequately. Others had never occurred to me at all. I felt my mind shuttle back and forth from the present to the PSU of my memory, and I couldn’t help but notice the marked absence of this feeling in much of the latter.

Had PSU killed my curiosity? No. But it hadn’t stoked it as much as it could have. Every word counts, I realized. Chosen well, every word adds nuance and subtlety, every word plants a seed.

Creating a great lecture and delivering it well is not a mean feat. It requires a huge surplus, not just of knowledge, but of empathy and expressive capacity, as well. These are rare gifts to find in combination.

There are also those who seem constitutionally ill-suited for teaching—the applied econometrician who snapped at me for asking too theoretical a question, the professor whose pre-final-exam “review session” consisted of giving the class the answers to a virtually identical exam, the statistician whose lectures consisted of incoherent mumbling into a whiteboard and waving people off when asked for clarification. Not everyone likes teaching. That’s OK.

The last of these unpleasant truths is that, as a society, we’ve adopted a “maximax” strategy toward education. The best is reserved for those who in some sense need it the least—the wealthiest, the most gifted, the already educated.

MOOCs have the potential to be a hugely democratizing force in education and could drive the creation of a new and more efficient division of labor. Any school that fully leverages them can vastly improve the quality of instruction for students while relieving instructors of much of the burden of lecturing and grading, freeing them to pursue their research or more interactive forms of teaching, and perhaps even creating opportunities for more veteran students to work as tutors, in the Oxford-tutorial-system sense of the term.

Will administrators squander the efficiency dividend? Most likely. But with the broad availability of licensable, high-quality lectures and course materials, we may see the levees break and higher education open up to new entrants: schools competing on the basis of cost and tutorial support rather than on lifestyle amenities and administrative bloat. Pray for rain.

Portland minorities at a disadvantage