Do you ever wonder what you should be playing at parties? Or, have you ever thought to yourself, “If I only had a few recommendations to get me out of this sonic slump, I’d feel fantastic”?

Do you ever wonder what you should be playing at parties? Or, have you ever thought to yourself, “If I only had a few recommendations to get me out of this sonic slump, I’d feel fantastic”? This time around take a listen to some tracks that are sure to get you shaking.

This week, we have five dubstep tracks on the menu, mostly newer releases and also a jam from last year that definitely should not have been slept on. It is most certainly going to be another hot, heavy and sweaty summer for BASS, so keep your ears to the speakers, your body on the dance floor and your spirits high.

Epic strings, explosions, whirring jets, the sound of ladders sliding down—you can easily imagine that you’ve been transported to Gotham City in a heartbeat when this track starts off. A hip-hop style beat slides in under the radar before you even notice. Bass that would even the deadliest of foes shaking in their boots starts hitting hard, and the lead in this one is all bass. The strings make a recurring appearance throughout to remind the listener that crime lurks around every corner, but there’s a hero around here to easily fight it.

Another definite banger here—a kind of slow, atmospheric, hi-hat-heavy intro gets things running smoothly. A teaser of the bass to come growls off over some NASA inspired space communication samples. The bass runs in an expressionistic heavily filtered loop for a good while, wobbling and cycling in intensity. The bass line on this track is very well constructed. Rest assured it will shake any subwoofer near loose from the ground. The breakdown kicks off around the two-minute mark with some trippy space sounds and light drums. A killer outro toys back and forth with heavy bass and then drums alone until the song fades out.

One bit nostalgia, one bit heavy and all parts awesome. This track is going to be a must-have jump off for summer. A filter-swept intro with some killer “Star Wars” quotes and sounds gives way to a steady simple beat to get your body moving. Without notice, an 8-bit lead and build up start firing off. The claps are heavy and poppy at the same time, integrating very well with the beat, which takes you into rebel fighter pilot mode. Now you’re banking and barrel rolling through space, and BLAM, you’re caught in the middle of a bass explosion—except it’s dazzled with lasers, blips, bleeps and sub wobbling bass. Imperial TIE fighters beware, ’cause we’re heading into the asteroids.

Total Recall — “They Live Below”

A soft toned, heavily delayed bell kicks this one off with a sound reminiscent of a Super Nintendo RPG’s dungeon. Sick, wet and dirty bass slams the listener hard. The song breaks after about two minutes of bass with a good snare build up rolling right back into the bell sounding lead, but with even more delay—upon which the bass returns with an even filthier feeling, almost heavier, even at times greasier sounding. You definitely get the feeling that the title of the track explains it all on this one: “they” do in fact, “live below.” It delivers the right blend of soothing simplicity with enough heavy bass that it can find its way into any set at almost any point.

“The sun is shining every day,” laments the high–pitched vocals on this phenomenal track from one of dubstep’s finest producers. A pretty solid mellow intro starts this one off, with some excellent 8-bit sounds to put you in a jovial trance groove. The arpeggiated synth line helps to force you to swing your arms like a bird. Then some high-pitched sampled vocals kick in, and the beat just DROPS. The track rolls on with a pretty decent albeit repetitive synth line and vocal samples. It breaks around halfway through, repeating the intro parts with a standard build up to lead back to the main chorus of the song. Be forewarned however, the track ends very abruptly. 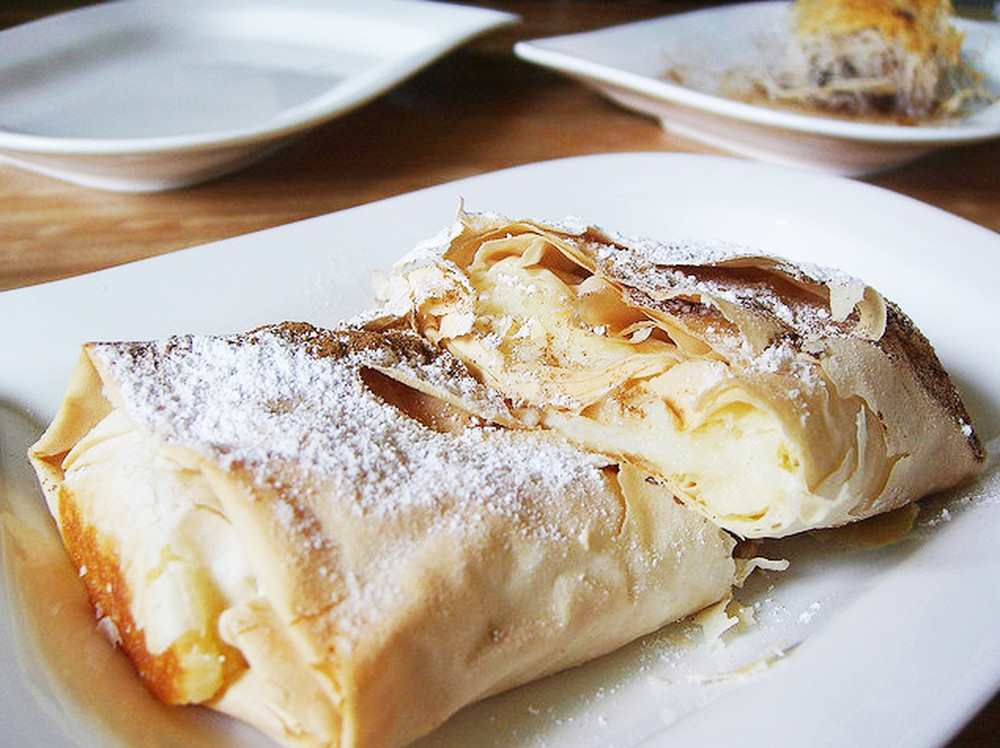 Portland Greek Festival to cap off summer with delectable fare

Tales from The Phantom Planet