Would-be vigilantes should think twice before donning a cape and protecting the streets of Portland from crime.

Would-be vigilantes should think twice before donning a cape and protecting the streets of Portland from crime.

It is acceptable for a citizen to do what is necessary to detain a suspected criminal in the absence of police authority—detaining, tackling and even assaulting the criminal—but vigilantes also risk the possibility of civil suits and ciminal charges, according to the Portland Police Bureau.

“For a citizen, there is no ‘standard operating procedure’ for making an arrest,” said Sgt. Pete Simpson, a spokesman for the PPB.

In cases of citizen’s arrests, civil and criminal law is vague and subjective, and arrests are to be governed on a case-by-case basis by matching the given crime with the corresponding detention method, said PPB representatives.

“Ultimately, in the instance [of Taylor Martinek] and in any others, the reports all go to the district attorney’s office, and if there was something over the top that occurred, charges could be considered.

“But the threshold would be pretty high in that the person detained committed a robbery, and the citizen has a right to detain him/her. Hospital bills and other financial issues are a civil matter,” Simpson wrote in an email.

“I don’t know how often citizens assist in making arrests, but of course it does happen.  We suggest, when possible, call police when you see a crime. Each person has to weigh all available information before acting. I am sure a victim appreciates help in a situation like this,” King said.

The most immediate questions that arise, it seems, concern the code of law that applies to vigilante-type justice and citizen arrests.

Simpson said that any code should be determined from a basis of common sense; essentially, there is no code.

“A citizen has the right to use force to defend themselves or others, and there is no policy manual like there is for police officers. We are trained in specific ways to use force and detain people. Citizens are not, and are not held to our standard. Where I might be out of policy punching someone, a citizen would not,” Simpson said.

Early last June, the question of citizens’ participation in apprehending criminals arose when a Portland State football tight end assisted in the detainment of a suspected criminal when he called upon his field skills to tackle a sprinting phone thief, holding him down until the authorities arrived on the scene.

Adams was arrested June 11 and transferred to Clackamas County Jail June 29, where he remains in custody.

Although he was successful, Martinek’s encounter with vigilante justice inevitably raises some questions—ones that call attention to the complicated nature of the situation. Because Martinek was acting on his own authority, what laws or standards is he to be held to?

Simpson lent credence to Martinek’s actions, justifying the response with both the crime and the outcome.

“In this case, Martinek witnessed a crime and stopped the thief from getting away. Clearly he felt comfortable with his skills in dealing with the person, which is all we ask when people decided to take action on their own. Know what you are getting into before doing it,” Simpson continued.

As Martinek described it, his skills as a football player were integral to his success in the altercation, and the force he used was justified, given the situation.

“I grabbed him and I threw him against the pillars up there and I hit him a couple of times, and he tried to get away so I actually grabbed him and kind of threw him into one of those water fountains they have down there with the beavers and the geese,” Martinek said.

For some, Martinek’s punching of Adams, who showed no violent resistance besides attempting to escape Martinek’s hold, might seem out of line or excessive. But for others, the punishment seems to fit the crime.

“We’re trained to believe that the penalty for theft is available through legal channels that would require an arrest, and this guy was using the resources he had available to perform that arrest,” said linguistics junior Seth O’Malley as he waited for the MAX at Southwest Fifth Avenue and Morrison Street, where the incident occurred.

“It would also be an inconsistent standard to expect that citizens be watchful and to condone this idea of a citizen’s arrest and on the other hand to not do the thing that’s necessary.

“We are all subject to the same laws regarding self-defense and use of force,” King said. 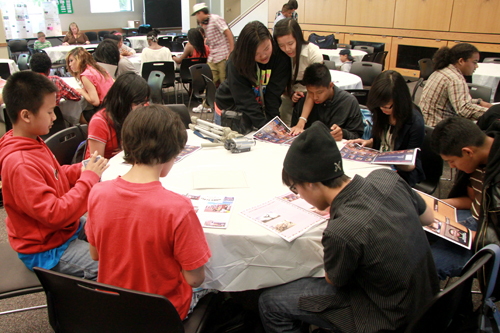 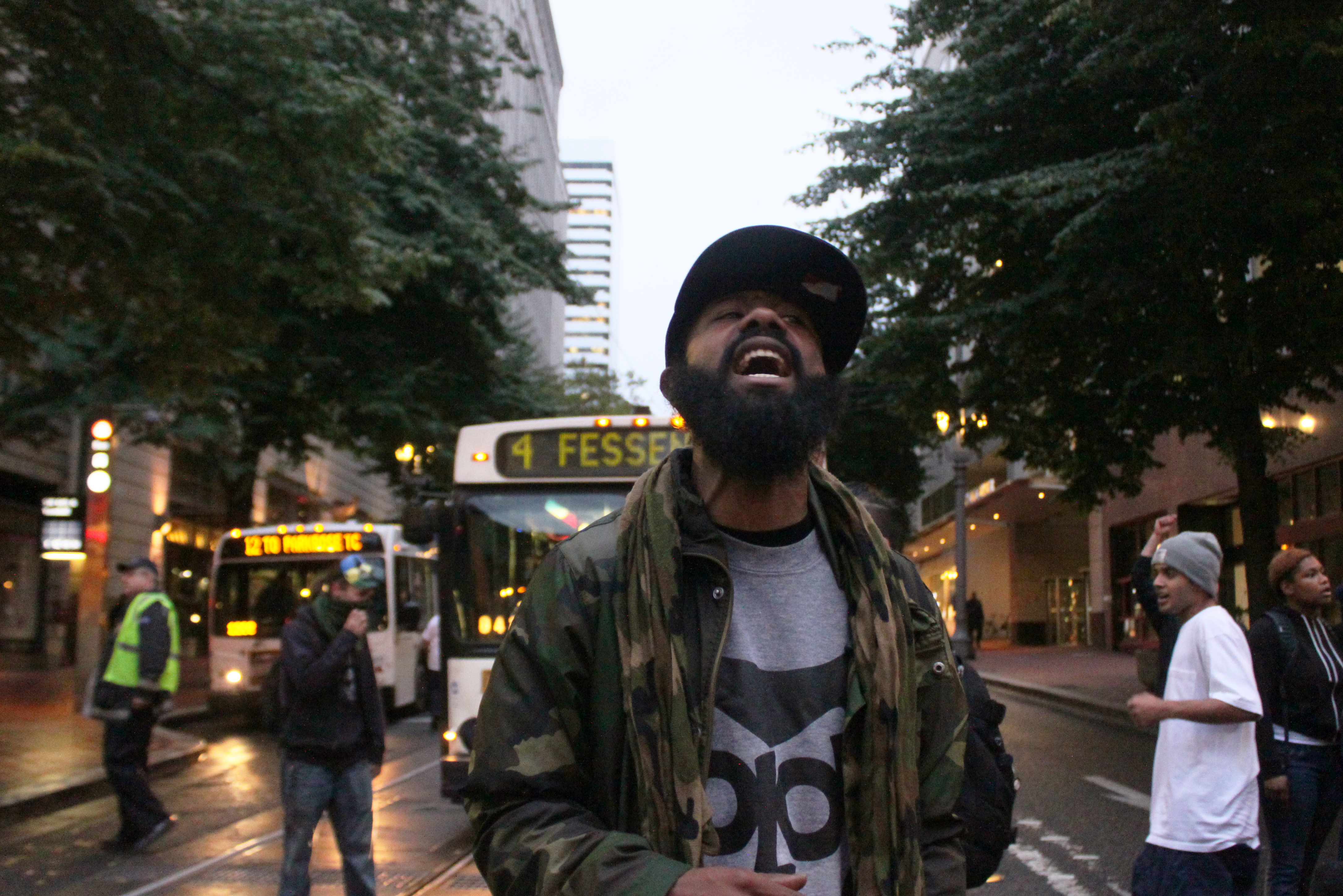