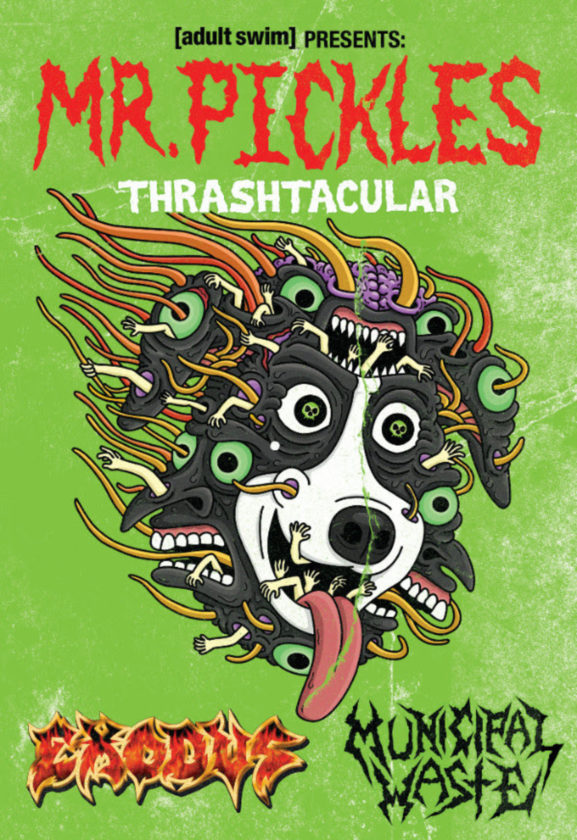 I’m a metal newbie. I like Pallbearer a lot, and I’m a huge fan of Mastodon—although I don’t know if it counts as metal. However, when I decided to review the Thrash-tacular concert tour and the season opener of Adult Swim’s new series Mr. Pickles, I had no idea what I was getting myself into. I anticipated the stereotypical image of tightly packed crowds, greasy dudes with long hair, mosh pits and the general necessity for earplugs.

On Friday, Feb. 23, the Hawthorne Theater was decked out appropriately with Mr. Pickle’s Thrash-tacular merchandise, while a throne made of fake human offal was propped in the back for fan photos. The concert’s headline metal bands included Exodus and Municipal Waste, which sound similar to the show’s notorious death metal theme song. The opener, local speed metal group Raptor, did a terrific job getting the crowd pumped up and ready for the evening.

Raptor left the stage with plenty of cheers and thrown horns from the crowd. Soon after, Virginia-based rockers Municipal Waste took the stage. The light tone of Raptor’s set continued with titles like “Thrashin’ of the Christ” and “Headbanger Face-Rip.”

Municipal’s lead singer Tony Foresta had a fantastic rapport with the crowd throughout the show while also spouting views that might be considered caustic outside of a left-leaning city like Portland. The concert’s final act was Exodus, an old guard of thrash metal. Although the members looked like a bunch of dads, Exodus brought a heavier, more melodic sound than the previous groups with the singer hitting high notes I did not expect.

The entire three-part show was in promotion for the third season of Mr. Pickles, the Lassie-meets-The Omen cartoon. The actual show’s season opener continued its tradition of grotesque opulence, featuring gory animations not limited to expanding brains, satanic gimps, vicious wolves and hideously deformed computer hackers. However, with the rapid parade of blood, satanic imagery and disgusting character designs, I can’t help but feel like the individual elements of the show have been done better elsewhere.

Mr. Pickles is incredibly watchable, especially if you enjoy the gross-out humor synonymous with Adult Swim. If you’re up late on a Sunday night, there are far worse things you could be watching. 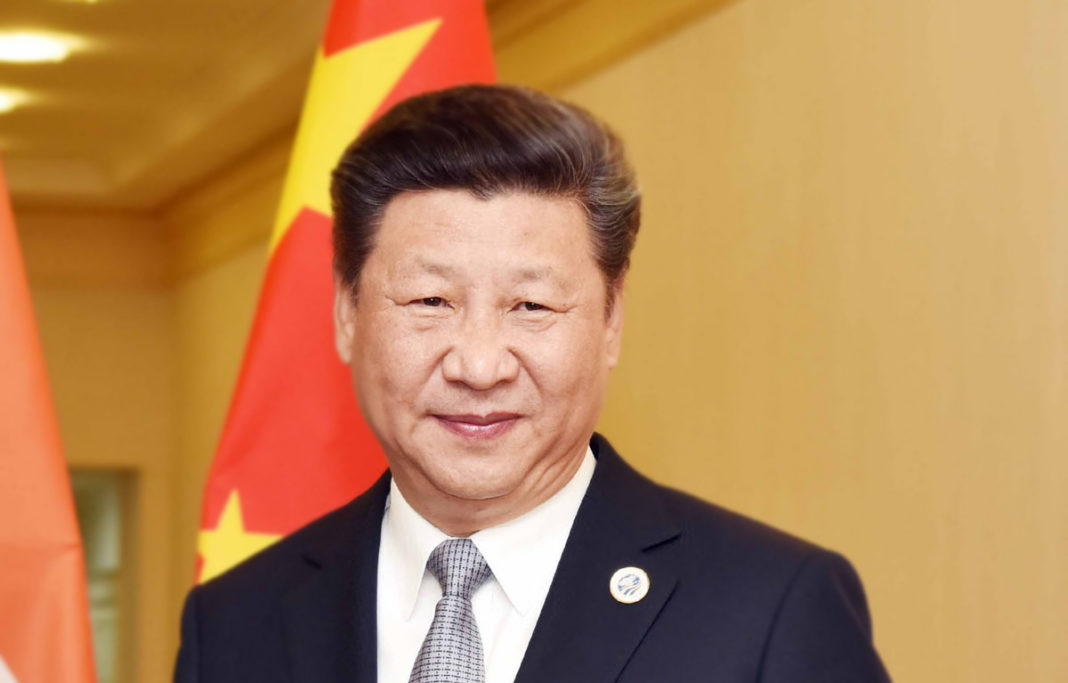