The ASPSU Student Senate decided Wednesday to organize a committee to investigate statements attributed to U.S. Senator Gordon Smith. The decision was reached at the urging of Senators Dimitris Desyllas and Marc Hinz, and was unanimously approved after about 30 minutes of discussion by the student group.

The committee will investigate Smith’s statements that fundraising for terrorism is occurring at Portland State, and to recommend a further course of action to the ASPSU Senate based on its findings.

The action taken by the ASPSU Senate is the latest in a chain of events on campus in response to the controversial quotes attributed to Senator Smith in The Oregonian on Jan. 9. PSU students publicly criticized the senator for making comments that appeared to link Portland State to terrorist funding during a press conference last Thursday. Following the meeting a group of 35-40 members of the PSU community met to discuss a plan of action in response to the allegations. Wednesday, in their first session since the Smith article appeared, the topic was addressed by the student senators.

There was a brief discussion about the logistics of forming this committee. Mary Cunningham, student body president in attendance at the senate meeting, assured the senators that, if necessary, she would support the formation of this committee.

Cunningham then elaborated on her comments made at last week’s press conference. During her address last Thursday she claimed that Senator Smith was “heartfelt” and “sincere” in his apology to her, and that the letter he circulated was sufficient.

At the senate meeting Wednesday, Cunningham explained that after the press conference she heard from a wide range of students that were not satisfied with the vaguely worded apology.

“My comments last week were based on my personal satisfaction that Senator Smith was genuinely sorry. For me personally that was enough. If members of this student body decide that they need a better apology or clarification, I believe it should be pursued.”

Cunningham suggested students with concerns attend the “Without Fear” meetings. The organization was created in the fall of 2001 as a forum and meeting place for people on campus who feel threatened in any manner, and was recently revitalized in light of Smith’s comments. Information on “Without Fear” can be obtained from the PSU Web site, www.ess.pdx.edu/aspsu/wofear_lte.htm.

The discussion continued, with many senators yielding their time to Senators Desyllas and Hinz. Hinz organized the press conference and meeting last week, at which Desyllas was an invited speaker. Many of the comments they made at that event were echoed in the Wednesday senate session.

“I want his apology to be as public as his accusations” Hinz said.

Desyllas went on to say that every effort should be made to uncover what Smith was referring to in his comments in The Oregonian.

Hinz sees a danger in the vagueness of what Smith was quoted as saying. “This is similar to how McCarthyism worked in the cold war era. Accusations were made without supporting evidence or definition, and suddenly everybody becomes a suspect.” 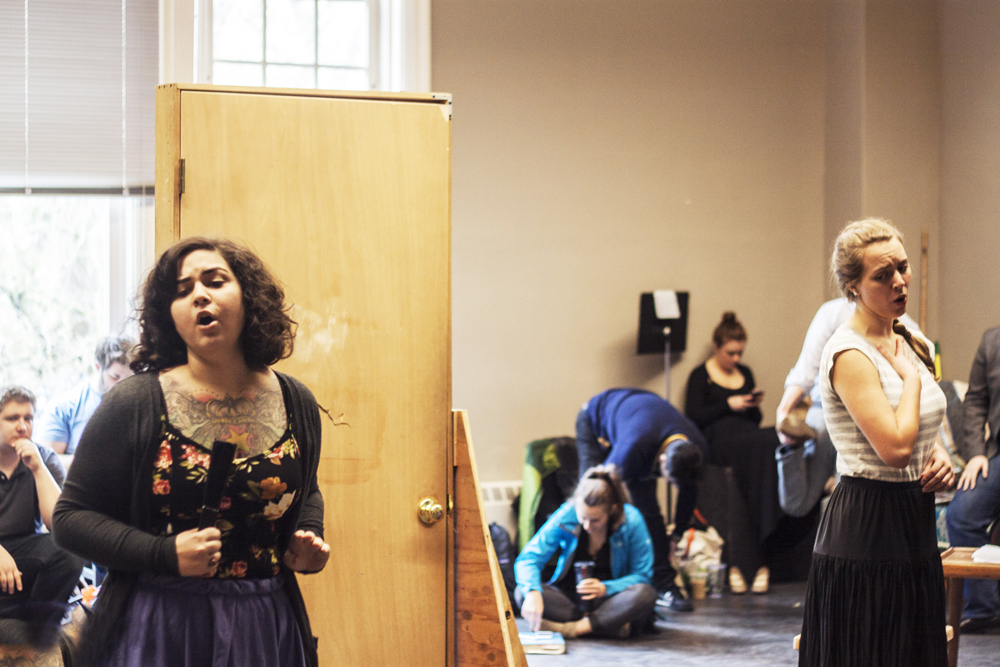