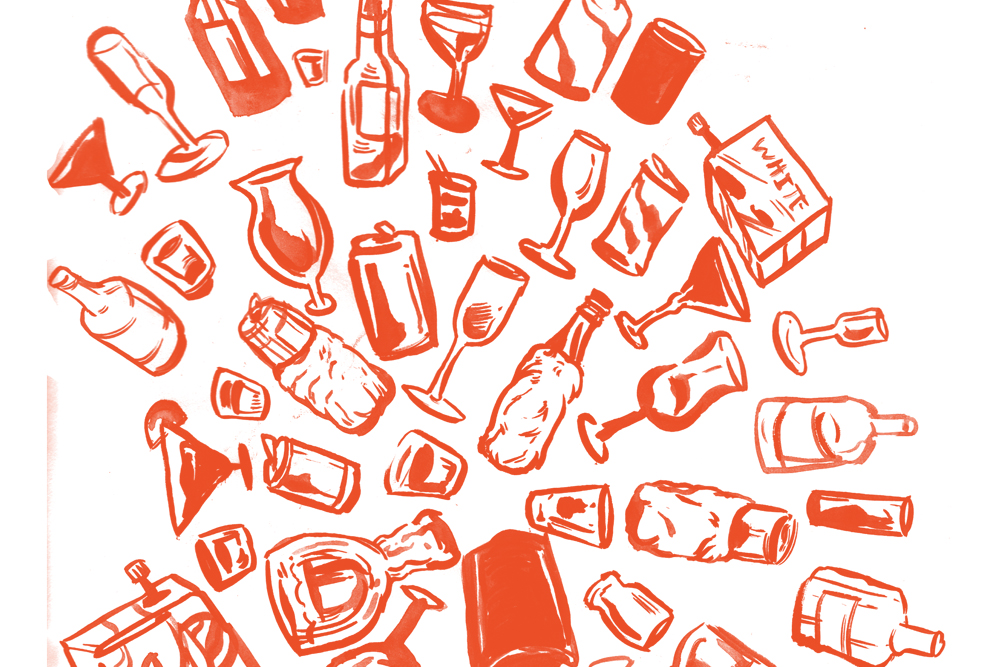 College is a time for experimentation, and summer can be really boring. So why not take these two completely disparate opinions, discard them and do what you were going to do anyway: drink.

Of course, it’s always cheaper to indulge on your own dime. That’s why you’ll find plenty of drink recipes in this issue—from the classic to the questionable.

If you’re set on going out, we’ve got you covered with our choice for the best, cheapest and most surprisingly competent bar that’s not too far from campus.

Maybe summer hasn’t taken hold of your heart just yet, and you’re still determined to learn. If that’s the case, we’ve got a brief rundown of what Portland was like during our nation’s darkest hour: prohibition.

It’s all here in the Very Hinky Summer Drinky Guide!

These drinks are for the refined professional in all of us. May we drown him or her with expensive liquor.

This cocktail is from the Old Waldorf-Astoria Bar Book of recipes and has been updated for modern ease. The Waldorf-Astoria bar book was published right after prohibition, as American bartenders were returning from Europe (one of the few places they could find work during the government-mandated dry spell). The drink itself is almost purely bourbon served on the rocks with sweetener and lime juice. A splash of spiced rum adds a little twist.

This neat little drink is an altered version of the Plum Trouble served over at MiHO Izakaya on North Interstate. Sweet and rejuvenating, the Pun Trouble will garnish much favor at a mixer. Tonic water helps to muddle the strength of the drink, but don’t go too fast just to look cooler. I posset you’ll have a better time if you, well, drink it slow!

There are so many things I like about this drink, found in the 1900 Modern American Drinks by George J.

Kappeler. First of all, it’s actually a pretty competent beverage, if a little strong for my taste. Second, its name pretty much sums up my feelings on modern American discourse. Take that for what you will, just don’t judge the Fedora Punch for its name.

NOTE: You can serve this on the rocks, but a handful of tropical fruit makes a delicious substitute for ice.

No university experience is complete without exposure to these cocktails, which is perhaps the most generous application of the word cocktail ever.

Rum & Coke
Sometimes it feels like the Rum & Coke is as old as sweaty dorm mistakes themselves. But this classic drink doesn’t have to be boring. There are plenty of ways to spice it up if you use the original recipe as a base.

This drink materializes only when the night has taken a malevolent turn. Comprised exclusively of humanity’s most foul liquid concoctions, the Sidewalk Slammer was not designed for the faint of heart, or really anything with a heart for that matter. It could probably power some decently sized farming equipment, though. Beware the dark lures of this world, so clothed are they in malt liquor.

Looking back at the long history of bartending, it’s reasonable to wonder if our ancestors were certifiably insane. All of these drink recipes were popular and widely circulated in print, but try them at your own risk.

This recipe, updated for modern consumption, was originally published in 1862 by famed bartender Jerry Thomas in his seminal How to Mix Drinks. Many of the recipes in the book were later adopted by Leo Engel in his more digestible 1878 cocktail recipe book American and Other Drinks. The linchpin of this recipe is milk, which is fascinating considering the pasteurization process had only just been established by Louis Pasteur and the glass milk bottle had yet to be patented. It’s pretty much history in a cup.

NOTE: This recipe can be made as a hot drink simply by warming the milk and omitting the ice.

Admittedly, I stared at this recipe for quite some time trying to tease out what misfortune had befell my eyes, to determine what neurological misfire had caused this—clearly a hallucination—to take form before me. In the end, I’m forced to assure you this is a real recipe, also taken from Engel’s American and Other Drinks. I’ve updated the recipe only for modern measurements. Aside from that, it remains as the author intended: utterly baffling.

NOTE: Do not pour the eggs into the wine or it will curdle (as if that’s the least of your worries).

Portland State is a dry campus, so let’s not mince words: Our bars are abysmal. Rogue Hall is prohibitively expensive, McMenamins belongs in an airport and the Cheerful Tortoise is a predictable shit show. To find a bar that won’t break your bank that’s actually worth your money, you’re going to have to look off campus.

The Vanguard suggests Momo’s on Southwest 10th Avenue as its most weirdly competent off-campus bar. We categorize this selection as weird, because while nearly everything about Momo’s outward appearance suggests a dive bar (the interior is entirely black save for the illustrations of semi-naked women that adorn the walls), the reality is anything but.

The patio is nearly as spacious and secluded as the interior. The cocktails are cheap ($4 for an Old Fashioned, $6 for a Manhattan) and delicious considering they’re priced at half the citywide average. Even the food—your typical bar fare of nachos, quesadillas and macaroni and cheese—hits the spot. Momo’s sits right on the Portland Streetcar’s NS Line, so it’s highly accessible to boot. Commit to the trip and make this your new watering hole.

Portland might be a paradise of craft brews today, but back in 1916 the state of Oregon was a very different place. It was a dry place. That’s because 1916 was the year Oregon voted alcohol prohibition into effect.

Oregon’s statewide ban on alcohol came four years before the national mandate. Oregon first took a stab at prohibition in 1914 by making the sale of alcohol illegal, meaning you could still bring booze in from out of state. Given the ingenuity of the human mind in times of desperation, the 1914 ruling proved insufficient. Alcohol in all forms was simply banned two years later.

Did it work? Of course not. This is Portland. We love booze. Most of the alcohol seized in raids was stored in the basement of the Portland Police Bureau, except for a few casks that were destroyed publicly and for publicity. The rest frequently went right back into circulation.

Portland was rife with speakeasies, moonshine and corruption until prohibition was repealed in 1933. 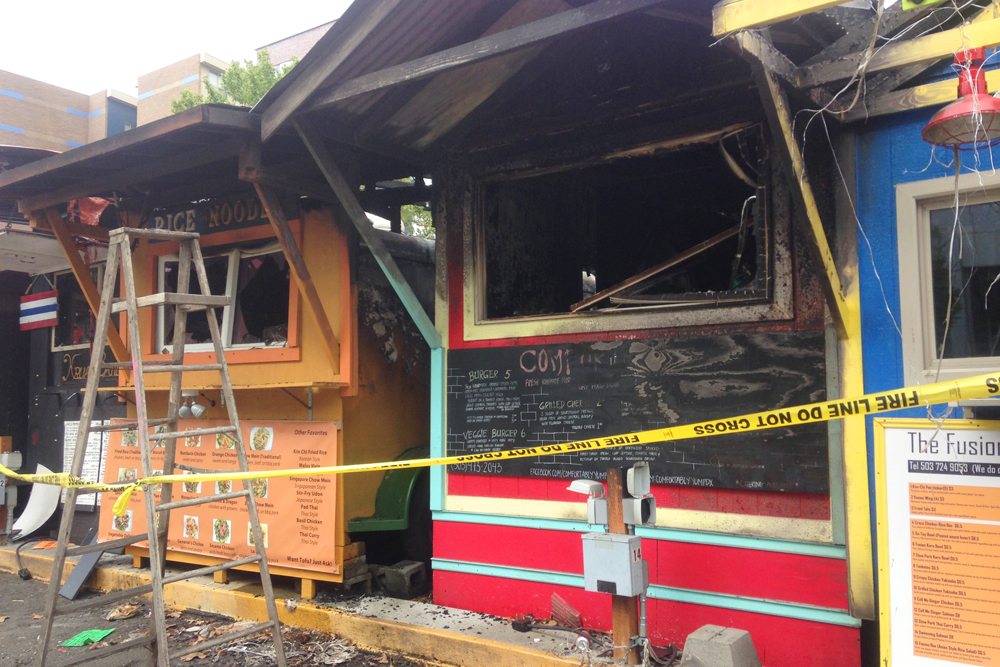