There Is No Mountain isn’t the kind of band that fits neatly within a single genre of music. The rich melodies crafted by this husband-and-wife duo incorporate elements of pop, world music, psychedelic rock and even doom metal.

The band’s diversity of sound comes from a desire to explore new styles, according to Kali Giaritta, the band’s vocalist, drummer and keyboard player.

“One of our songs might have a little bit of world music because we were listening to that at the time and used that as an opportunity to create new rhythms,” Giaritta said.

Matt Harmon is There Is No Mountain’s guitar player and co-vocalist. No sense of core genre identify ever enters the picture when he and his wife are creating music, according to him.

“I think whatever we’re really excited about at the time finds its way in because we like to challenge ourselves and learn something new while we’re at it,” Harmon said.

‘Luna’ the band’s latest album, comes out on Jan. 15. The band is excited to release the album because it’s an accurate representation of the style that they picked up while touring over the last couple years, Harmon explained.

This is something of a change of pace compared to the band’s past work, he added.

“These [songs] weren’t written really to be recorded, they were written playing them every night in front of people for two years,” Harmon said. “We just decided that’s what we’re going to use as our production guideline this time.”

“I thought about so many of my favorite songs, ‘Both Sides, Now’ by Joni Mitchell and “Two Faces” by Bruce Springsteen,” Giaritta said. “It’s not them telling you everything’s going to be ok…it’s them telling it like it is.”

This train of thought lead to a more honest and realistic songwriting process for the album, she added.

One of the songs on ‘Luna’ that stands out is a cover of “Song of Seikilos,” which is the oldest complete song on record, according to Giaritta.

“The message of the song is kind of just ‘life is hard, but enjoy and live while you can because you’re gonna die,'” Giaritta said. “I thought that was an awesome closer because it kind of ends on a positive message, but not unrealistically positive.”

I got a sneak peak of the new album at Mississippi Studios on Jan. 7, where There Is No Mountain played alongside fellow Portland band And And And as well as Rare Diagram.

At the show, Giaritta and Harmon navigated an eclectic emotional landscape of music which was at times wistful and melancholy, while at others spirited and uplifting. Some songs, like “C’mon Friends” definitely were a little bit of both. The diversity of styles and tempos across Giaritta’s drumming and Harmon’s guitar work gives their music a feeling of authenticity in terms of how it captures the highs and lows of life. In a word, it feels very raw.

The couple’s jokes and anecdotes between their songs gave the show a friendly, casual and relaxed feel.

The songs off of ‘Luna’ as well as the rest of There Is No Mountain’s music definitely have an incredibly unique sound, but rather than coming off as pretentious, Giaritta and Harmon’s work feels eminently relatable. 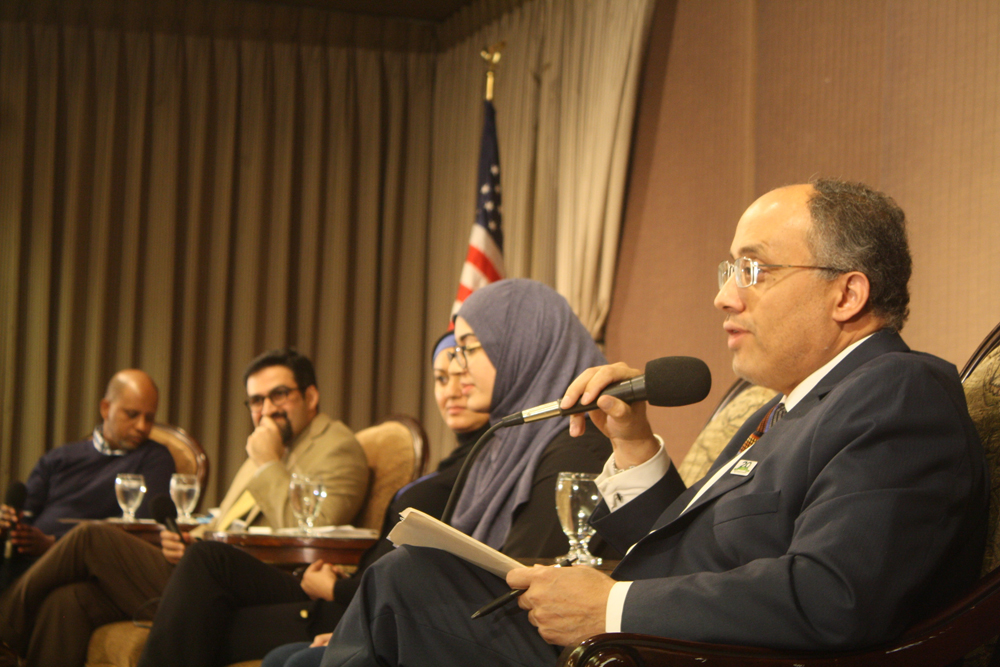