Since convening in June, nearly half of the positions in the inner circle of Portland State’s student government have been through a turnover, part of an ongoing retention problem that has bred uncertainty within the organization. 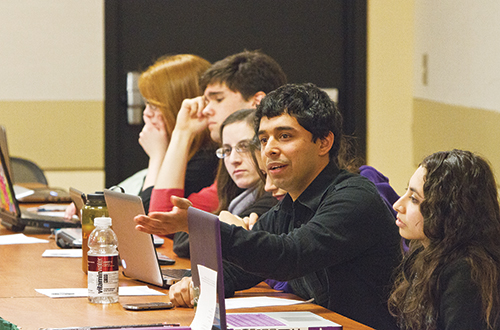 VICTOR MENA, an ASPSU senate member, raises questions about Tessara Dudley before the senate voted to appoint her on Jan. 9. Photo by Karl Kuchs.

Since convening in June, nearly half of the positions in the inner circle of Portland State’s student government have been through a turnover, part of an ongoing retention problem that has bred uncertainty within the organization.

“I’m bummed out because it means that ultimately we won’t be able to do as much as we might’ve had we not had turnover,” he said. While he’s not concerned, he knows the personnel changes will leave a lasting mark.

“I’ve taken it as given that we’re going to be able to make a lesser mark in terms of effecting change, because there isn’t continuity.”

The executive committee has 12 members, not counting the president and the vice president. Six have left office since the current administration began.

One of three branches of student government, the executive branch includes the eight members of the executive cabinet, seven of whom are appointed by the president to head the various affairs committees that help shape students’ daily on-campus life. Affairs committees include academic, student life, multicultural and equal rights groups.

Symptoms of this turnover were evident at ASPSU’s last meeting of fall term on Nov. 29. The absence of some voting members caused the meeting to adjourn early because a quorum (the minimum number of members required for a vote to take place) could not be reached. Questions were raised at the meeting about some members’ chronic absenteeism, and whether some should be asked to resign. One member present was overheard grumbling about the fact that members are paid to be present.

Metropolitan affairs director: Pearce Whitehead left in the fall and Linda Hoppes has taken the position.

Legislative affairs director: Rosa Martinez left the organization in the fall and Dave Coburn is now in the position.

In addition, there are currently four vacancies in the 15-member student senate.

According to ASPSU President Tiffany Dollar, one member left because they needed more time at home to take care of their child, while several other departures were because of grade performance (ASPSU members who are not graduate students must maintain at least a 2.5 GPA and complete six credits per quarter).

Feeding into this problem is the common misconception about the amount of time one has to put in as a member of student government.

“We say it’s at least 20 hours a week, and it’s often above and beyond that,” Dollar said. While she said that those who have worked in student government before usually know what they’re getting into, anyone can become a member, as there are no prerequisites for experience. “One of my biggest concerns is that there’s a hard time even retaining senators, so it would really shrink the applicant pool,” Dollar said.

Often the members of the senate want to be doing things that are directly serving students, she said, but find it hard when half of their time each week is spent in meetings.

“I think it’s a pretty inglorious position, to just put it delicately,” she said. “You know, those meetings are boring to the average person: [It is] not fun to sit through a four-hour discussion about a budget.”

Though Dollar acknowledged that the losses have made it difficult for student leaders to do their work, she added that she’s proud of several accomplishments. Since the new administration took office, ASPSU registered more than 4,000 students to vote, hosted a popular election results party—which drew more than 300 exhausted students to celebrate (or brood over) the outcome—and took steps toward implementing a new constitution, Dollar said. 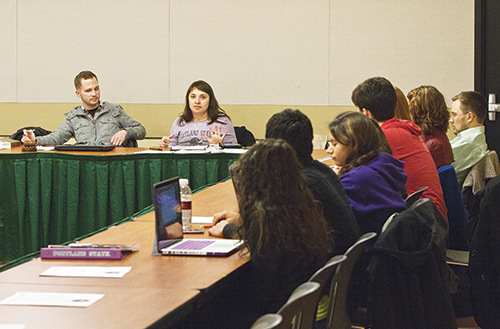 Moving forward, Dollar sees several important issues for the administration to address in the coming quarters, including the ongoing campus safety survey.

Among other things, the survey asks students whether they feel safe on campus, whether there is adequate lighting and, more contentiously, whether the university should have its own sworn police force—and whether that police force should be armed.

Another issue is the recent passage of the Tuition Equity Resolution in the student senate, which makes eligible for in-state tuition any student who is raised in Oregon and graduates from a high school in the state, regardless of their immigration status. ASPSU will next try to gain support for the bill from the faculty senate and various faculty unions before bringing it before the legislature in Salem.

“Particularly at PSU—it’s such a dynamic campus, with people juggling roles,” she said. “Sometimes people need to take something off their plate.”

Rowe said that the lack of continuity in student government isn’t necessarily a bad thing, as the people who are hired to replace outgoing members may come on and do great things. “A lot of times, great things happen from turnover,” he said. “I’m not particularly attached to the idea of there being no turnover; I’m attached to the idea of there being competent people doing competent work.” 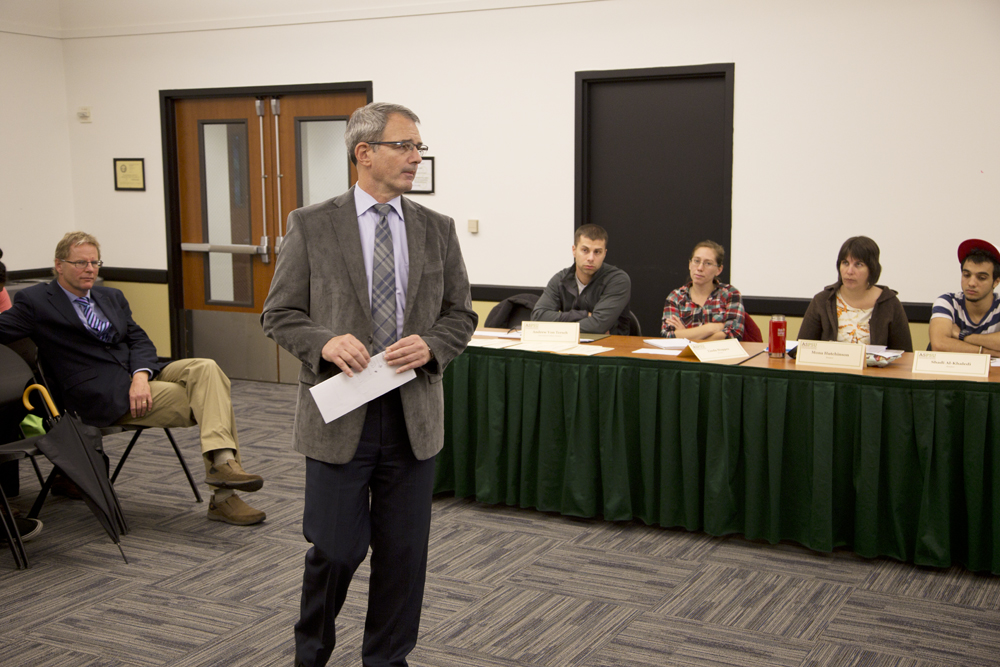